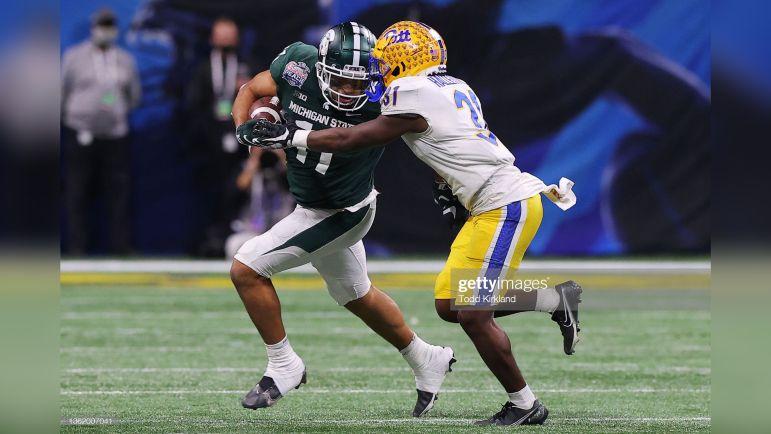 Stop me if you’ve heard this one before—actually don’t, I’ve got a lot to write—but the Pittsburgh Steelers like the idea of having family in their football. Or, at least, they have managed to collect a number of siblings over the years, even if they had three opportunities to draft the children or nephews of former players the past two years and didn’t seize them.

The latest addition to the sibling clan was Connor Heyward, the younger brother of perennial All-Pro Cameron. He joins T.J. and Derek Watt, Terrell and Trey Edmunds, and Carlos and Khalil Davis. Even former linebacker Vince Williams briefly had his brother Karlos on the team. They never did get Mike Pouncey, though.

Still, there is an inherent value particularly in being the younger sibling in a football family, because there’s so much you can learn from your brother’s experiences, something we especially saw in Watt’s NFL readiness in spite of his inexperience when he came into the league in 2017. And Connor Heyward, too, acknowledges the potential benefits of being on the same roster as your brother.

“I honestly think when you have your siblings around, it makes you play that much better”, he told reporters after he was drafted, via transcript provided by the team’s media department. “They can push you to the limits that your teammates can push you to, and when your brother has been tough on you, the teammates can kind of look at that and be like, ‘Okay, he’s being tough on me’”.

Coincidentally, the Heyward are the only duo to have not played together before. The Davis brothers played on the same defensive line at Nebraska in college. The Edmundses were at Virginia Tech together in 2015. The Watts were both with Wisconsin in 2015. And they surely played at lower levels together as well.

In T.J. Watt’s case, he also had J.J. Watt to look up to, who was already a three-time Defensive Player of the Year Award winner by the time T.J. came into the league. Leaning on his experience was a key to his ability to adjust and prepare to start as a rookie, and continue to grow from there.

There are few players in the league right now more experienced and accomplished than Cameron Heyward, who is also a team captain, so Connor is certainly in the right place. His big brother will make sure to keep him on the right track and show him how things are done.

And you know he’s going to want to hit Cameron with a juke or a stiff-arm in practice, knowing that he won’t ever be able to live it down amongst his teammates. But I think it’s fair to guess that it will be big brother winning the bulk of the reps.