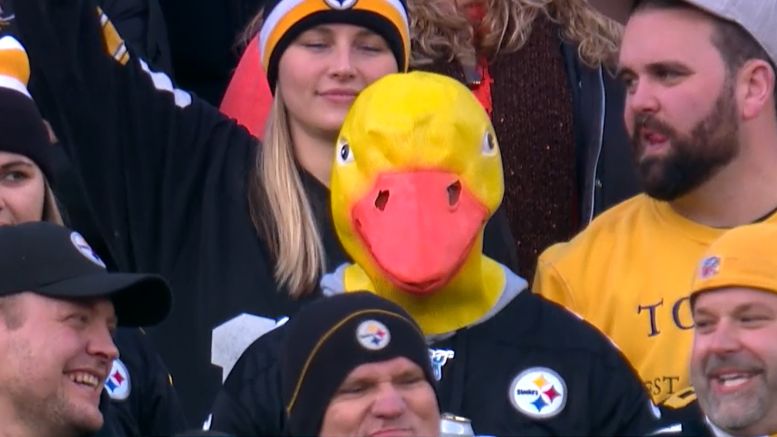 There is something to be said for an organization to have a clear vision and a consistent process when it comes to roster building, and the Pittsburgh Steelers certainly have that. That doesn’t mean that it prevents them from making decisions that leave ample room for second-guessing.

Like taking a second quarterback in the seventh round after having already drafted one in the first, to give you one more quarterback than will actually make the 53-man roster. That seventh-round pick was Chris Oladokun, who came out of South Dakota State last year—by way of transfer from Samford.

Oladokun has, let’s say, a lot of college experience, actually. He spent three years at South Florida, all the way back in 2016 through 2018, before transferring to Samford in 2019.

That’s how he got to know another former Steelers quarterback, Devlin Hodges, who played for them as a rookie during that 2019 season after he originally received a tryout invitation for rookie minicamp after going undrafted that year.

Hodges and Oladokun didn’t overlap at Samford, but they did get to know each other. “He’s my guy”, he told Joe Rutter of the Pittsburgh Tribune-Review during rookie minicamp. “A Pittsburgh legend. When he was out here, I’d keep in touch with him every week and wish him luck. I even picked him up on my fantasy team”.

Hodges did indeed become a quick cult favorite for Steelers fans in 2019, which came long before Ben Roethlisberger tore three tendons in his throwing arm in Week 2 of the regular season. He brought a swagger along with him from Samford, possibly from the world of duck-calling, which is where he got his nickname ‘Duck’ from.

Many wanted to see Hodges make the 53-man roster outright. It didn’t happen that way, Joshua Dobbs opening the season as the number three quarterback, but they liked Hodges enough to keep him on speed dial, and they brought him in after getting a trade offer for Dobbs. You know what happened after that. Duck masks in the stands. Duck whistles. Pandemonium. And a handful of really cool moments on the field in a very weird year.

Oladokun is probably not going to become a folk hero, but he’s certainly hoping to duplicate at least the beginning of his career. He’s going to have an equally tough road ahead of him, the Steelers already carrying their incumbent backup, a former first-round starter signed in free agency, and now a first-round draft pick.

The odds are not in his favor to make the 53-man roster, but that doesn’t mean there isn’t a chance. And there’s always the possibility of a trade, which is made all the more likely if Oladokun himself plays well enough to suggest to the team that he merits a roster spot.