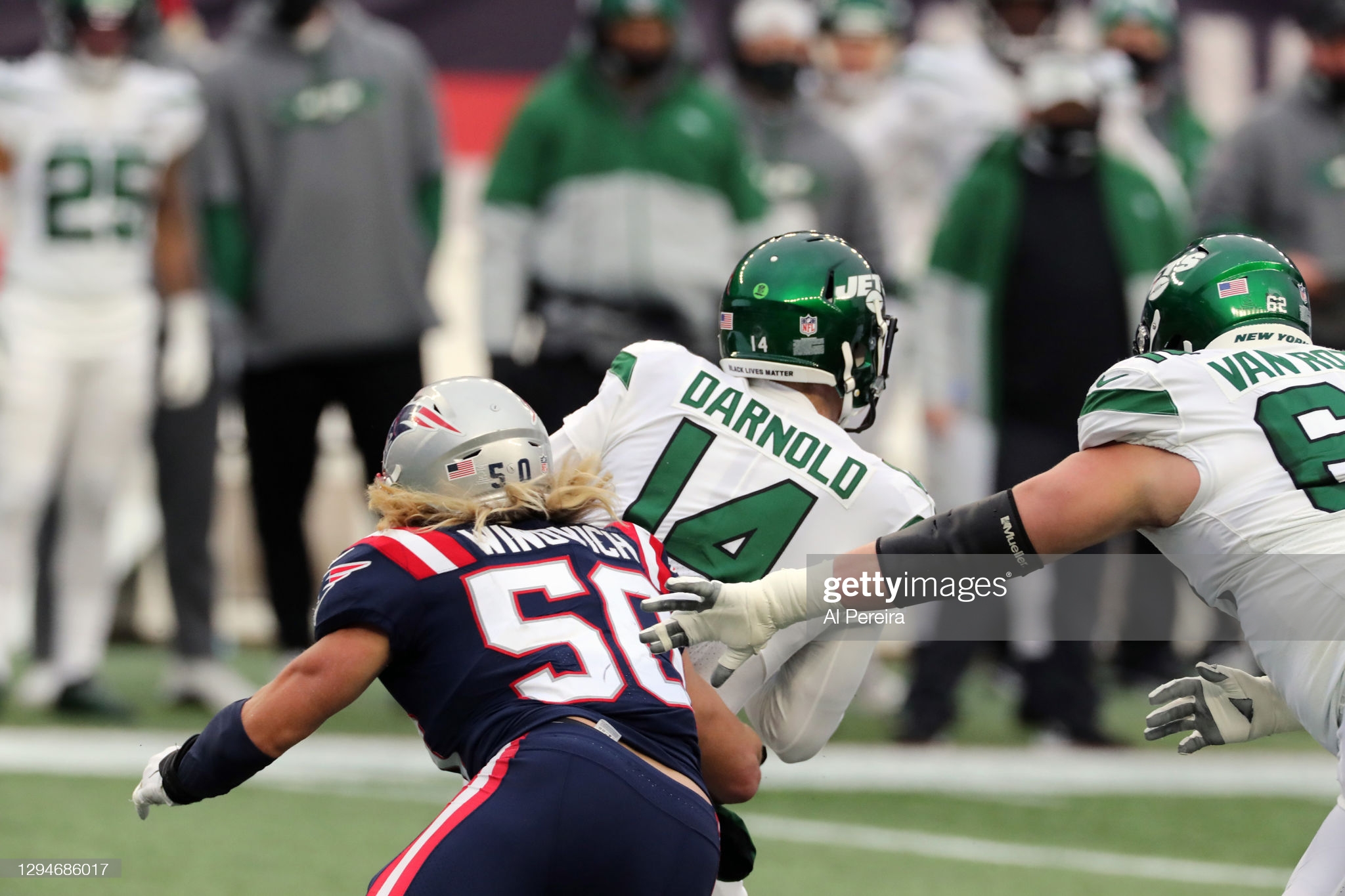 It’s not often that you hear about a player saying that something that involves a change of his circumstances is a horrible turn of events. It’s almost always wonderful, a blessing in disguise, maybe the best thing that could have ever happened to them.

That’s what the New England Patriots provided for edge defender Chase Winovich when they traded him to the Cleveland Browns earlier this offseason, apparently. Or at least that’s what he’s telling himself—in an interview that took place before the team officially re-signed Jadeveon Clowney.

“In life, we’re very quick to assign things as good or bad, success or failure, this or that”, he recently told Nate Ulrich for the Akron Beacon Journal. “But I think ultimately that removes any possibility, and the possibility is that it could be the best thing to ever happen to me”.

Okay, so it’s not exactly a ‘blessing in disguise’ platitude. It’s more of a self-actualization exercise, of seizing the moment and taking advantage of the opportunity, the change of scenery. Winovich was playing a reduced role in New England, anyway, so he wasn’t likely to flourish there.

The Browns initially acquired the former Wolverine at the start of the new league year as part of a somewhat rare player-for-player trade, Cleveland sending to New England former starting inside linebacker Mack Wilson, now going into year four (as is Winovich).

Winovich flashed early for the Patriots, recording 5.5 sacks in under 300 defensive snaps of playing time. He matched that same total in 2020, albeit in roughly twice the number of snaps, starting nine out of 16 games. But he played just 113 snaps in 13 games during the 2021 season.

A new setting isn’t the only change. Ulrich notes that the fourth-year veteran has also packed some pounds as he shifts to a 4-3 defensive front, estimating that he added 10 to 15 pounds, noting that it’s probably the heaviest he has weighed since college—and “the strongest I’ve probably ever been”.

As you might know, Winovich is a Jefferson Hills native in Allegheny County, Pennsylvania, about a half-hour drive from Pittsburgh. He will now have the opportunity to play the Steelers twice a year, as long as he remains in the division. But he will be a free agent after this season, so who knows? Maybe he’ll even be a Steeler by then.