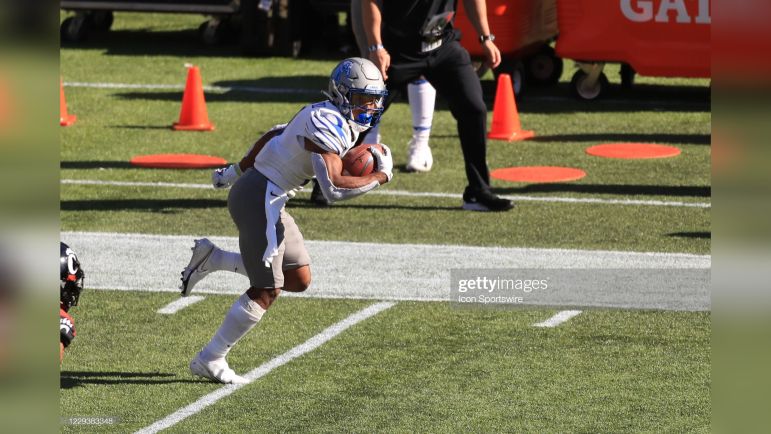 Even just five years ago, the Pittsburgh Steelers’ wide receiver room had defined positions. The X receiver, the Z receiver, and the F receiver. In order, that’s the weakside, strongside, and slot positions. That time has come and gone and today, the Steelers teach their room all three spots.

Appearing on 93.7 The Fan Tuesday, Austin said the Steelers are teaching him to be as versatile as possible.

“I’ve been learning all of them,” Austin told the show. “That’s one thing that [Wide Receivers Coach Frisman Jackson] does a great job at. You’re not gonna just come in and learn one position. You gotta know the whole play, the whole concept. By learning that, I’ll be able to play multiple positions and that’s gonna also help the offense just come easier because I’m gonna know everything and it will all come together.”

Austin’s college experience should help in that transition. Though mostly an outside receiver at Memphis, he did see work in the slot, especially early in the career. In Pittsburgh, he’s primarily a slot receiver but will be moved around the Steelers’ offense, especially given the flexibility of Matt Canada’s system.

Still, his skillset best profiles inside, especially after the Steelers’ offseason slot losses of JuJu Smith-Schuster and Ray-Ray McCloud. Austin could be an immediate contributor given his seniority as opposed to an underclassman like George Pickens, along with Austin’s overall productivity. And hey, speed is speed, and at 4.32, Austin has loads of it.

As he points out, learning the whole offense allows him to see the bigger picture and accelerate his learning curve. And if – more like when – injuries strike, the Steelers will have more answers. Even last year they struggled to adequately fill the slot position after Smith-Schuster missed most of the year with a shoulder injury. Chase Claypool stayed on the outside, blocking James Washington – who couldn’t play the slot – from seeing the field.

Perhaps that’s one reason why Pittsburgh moved on from Ike Hilliard, who lasted just two years with the team. Jackson brings a blend of recent experience working in the pro and college game, helping him relate and teach younger players. Like the rest of the Steelers’ offense, Pittsburgh’s receiver room boasts plenty of youth. Of their top four receivers, the “oldest” one is Diontae Johnson, who doesn’t turn 26 until early July.

You can check out the whole interview below.