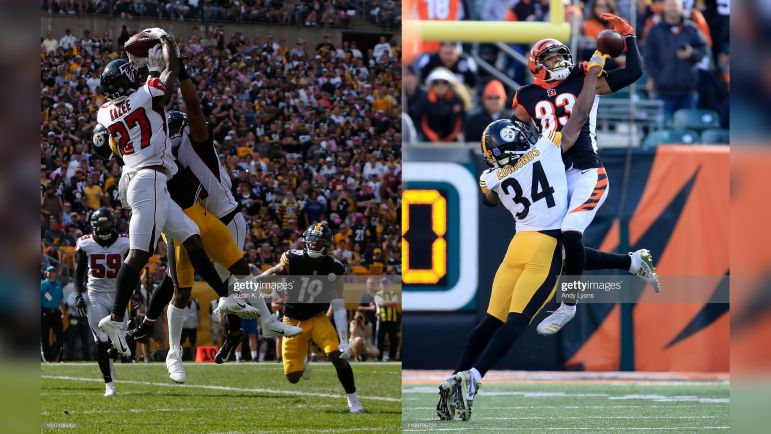 Topic Statement: Damontae Kazee, and not Terrell Edmunds, will be re-signed after this season.

Explanation: With the Steelers making their one-year contract with free agent safety Damontae Kazee official yesterday, the team now has three experienced starters at safety. While the general assumption is that Kazee will be a role player this year, he no doubt intends to challenge for a starting job. And given that the Steelers weren’t willing to offer Edmunds much as a free agent this offseason, it’s unlikely that they view him as a long-term starter.

While the Steelers did give Edmunds around $2.5 million to play this year, they used, for the first time in their history, the new four-year veteran qualifying contract that was a part of the 2020 CBA. This allows a veteran who has had four unbroken years of service with the team to be re-signed on a one-year contract worth up to something like $1.5 million more than the minimum salary (don’t quote me on the exact figure for this purpose) while having only the minimum, plus signing bonus, count against the cap.

On the other hand, Pittsburgh likes signing free agents to one-year contracts to get a feel for them and then sign them to longer deals. They just did that with Miles Killebrew and Arthur Maulet this year, and they’ve done it many, many other times over the years.

The fundamental problem here is that Kazee profiles as a free safety, and they already have an All-Pro free safety in Minkah Fitzpatrick. And he will be looking to be a starter after this season, as will Edmunds.

It’s equally if not more likely that Edmunds will come to terms with his market after this season than Kazee will settle into a secondary role. Both may be starting somewhere in 2023—Edmunds in Pittsburgh as a cheap starter, and Kazee elsewhere, potentially for a bit more robust of a contract. Or not. But as a free safety.

Or, he transitions from a regular full-time starter to a role player, and does that in Pittsburgh, but with Edmunds still in the lineup as starter. In other words, they re-sign both of them on modest deals like they have now.