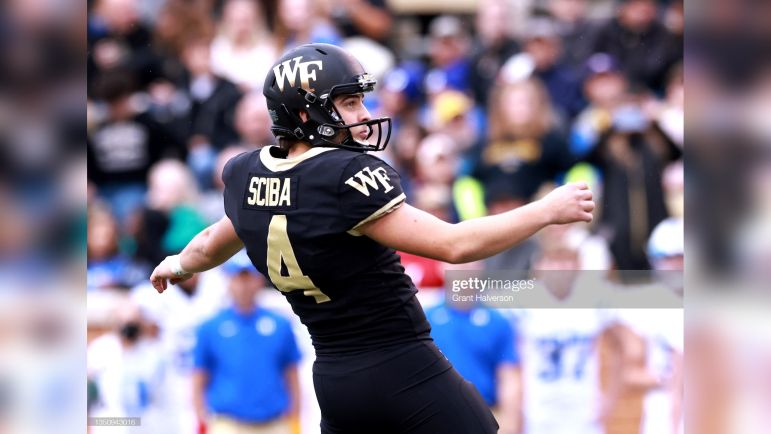 Topic Statement: The Steelers will keep rookie kicker Nick Sciba on the practice squad this year (and potentially develop him).

Explanation: After participating in rookie minicamp as a tryout, kicker Nick Sciba was signed to the Steelers’ 90-man roster. The rookie college free agent replaced Sam Sloman as the second kicker on the roster behind Chris Boswell, and finished his college career with the second-best field goal percentage in NCAA history.

Teams have 16-man practice squads now. They can afford to carry the sorts of players they previously would not have given much thought to except in dire straits. And while the COVID-19 protocols should be pretty minimal this year, there always remains the possibility of a player actually falling ill or at least testing positive, even if they are not regularly tested, which would mean needing a replacement for him.

Nick Sciba’s college accuracy has to be inviting, and could be worth developing. It’s also a fact that Boswell is in the final year of his contract. What of Sciba looks really good? What if Boswell slumps this year? there are worse things than giving yourself some options.

Not even during the past two seasons did the Steelers consistently carry additional specialists on their practice squad. They’re not going to do it now just for Sciba. And there’s a reason that he not only went undrafted, but unsigned following the draft, even though he made nearly 90 percent of his career field goal attempts.

His name will be in their rolodex, and chances are he’s not going to be on anybody’s 53-man roster or practice squad during the regular season, so if he were needed, they could call him up, in all likelihood. You don’t carry a player like that on some extreme off chance. Unless he really looks terrific, there’s no need to carry him. It’s not like he’s the next Justin Tucker. He doesn’t have great range, and his slight frame doesn’t suggest that that’s something that will change at the next level.