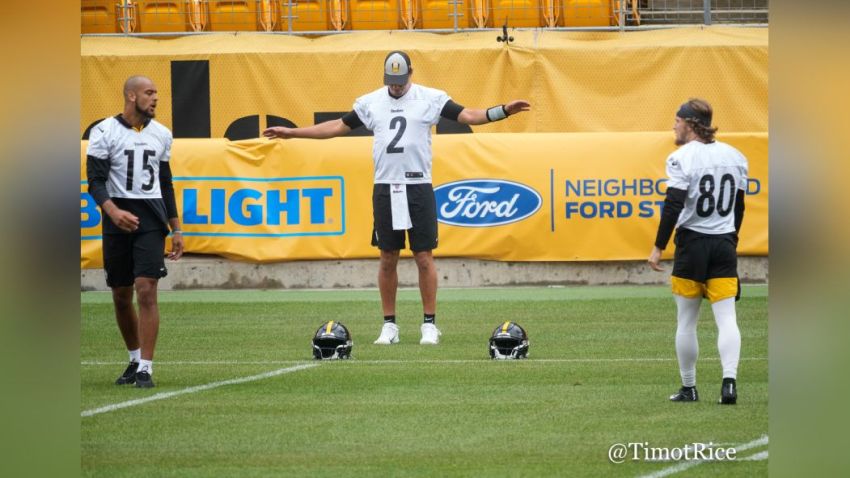 Topic Statement: Mason Rudolph will be traded at some point in 2022.

Explanation: The Steelers added a significant veteran starting quarterback via free agency and then used a first-round draft pick on the position in the months following members of the front office talking about being ‘comfortable’ with Rudolph starting this season. And then they drafted another quarterback in the seventh round, too.

Needless to say, this comes down to three things: 1) can Kenny Pickett at least be the backup quarterback; 2) can Chris Oladokun show enough developmental traits to function as the number three quarterback; and 3) what can the Steelers get in exchange for Rudolph?

I think the answer to the first question would safely be answered ‘yes’ by most people. As far as Oladokun goes, I think there’s something there. Can he be as demonstrative as Devlin Hodges in his rookie year? Then he has a chance.

One thing that we can always count on is that there will be injuries. When teams have quarterbacks get injured, they make moves. That’s how the Steelers got a fifth-round pick for Joshua Dobbs in 2019 after he was made their number three quarterback. Rudolph will be in a similar position this year, but with a much more notable resume.

I think they could end up with a fifth-round pick for him as well once a team has a need, and I think that trigger gets pulled, whether it’s in August or sometime during the season.

Are the Steelers a better, more talented team with Rudolph on the roster than off of it? Yes. Do they have a quarterback on the roster who was a starter in the NFL anywhere last season? No. Can they be assured that Mitch Trubisky or Kenny Pickett will give them the requisite level of play? Again, no.

Now, I’m not saying that Rudolph is somehow going to end up as the starter, but there’s more value to him than just being on the field. For one thing, he’s the guy who’s been in the system.

Beyond that, they need a number three quarterback, and I don’t see the team being comfortable with Oladokun in that role this year. Maybe after a year of seasoning on the practice squad, but I don’t think he’ll show the sort of play that would offer them the comfort to move on from Rudolph.

For starters, there are only three preseason games now, so reps are slimmer than ever. Beyond that, the two players who are positioning themselves to start are new to the team, so they’re going to be getting almost all the reps. Oladokun will hardly even see the field. And there’s no Ben Roethlisberger taking days off anymore. Bottom line, he won’t even have the chance to earn the number three job.