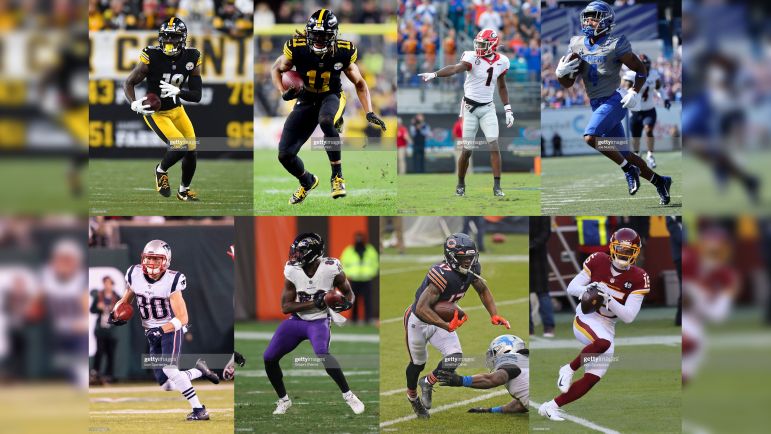 Topic Statement: Gunner Olszewski’s roster spot is not locked down.

Explanation: Olszewski is the only wide receiver the Steelers signed in free agency after losing three to the group. But they did subsequently claim Miles Boykin off waivers, and they used second- and fourth-round draft picks on George Pickens and Calvin Austin III, respectively. What Olszewski possesses, though—and what he was signed for—is his return ability.

Ray-Ray McCloud ended up being the Steelers’ starting kick returner at the beginning of the 2020 season even though he was only signed in the middle of training camp that year. Olszewski isn’t guaranteed anything right now, other than a $1.235 million signing bonus. And you don’t keep a guy just because of a signing bonus that’s already dead money.

The Steelers have added talent at wide receiver. Behind Diontae Johnson, Chase Claypool, and the rookies, George Pickens and Calvin Austin III, they have three more experienced veteran NFL receivers in Miles Boykin, Anthony Miller, and Steven Sims. Any combination of the two would make a more talented receiving group than carrying Olszewski, who had fumbling issues last year.

And Sims and Austin both have some experience doing returns. Sims has done both at the NFL level. Austin returned punts in college. They can find their way into a return man if it’s for the betterment of the team.

The betterment of the team is having a good return game, and Olszewski has been an All-Pro returner. Yes, he had some fumbling issues last year, but that was more the exception to the norm, and it’s not like they worried too much about that with McCloud.

And while they wouldn’t carry a player who doesn’t ultimately make their team better because they gave him a signing bonus, the signing bonus that they did give him was an indication of their belief that his presence does in fact make the team better. Which means he’s a player they anticipate being on the roster.