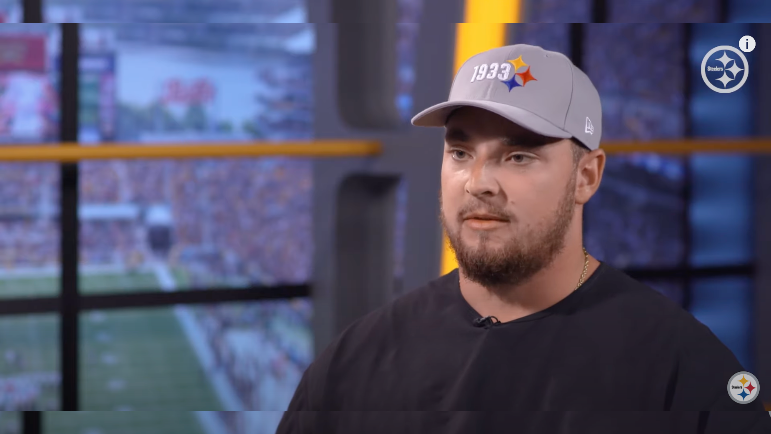 It’s that time of year again where people get to see where their team’s graded as far as productive offseason. Bleacher Report released a grade ranking of all 32 teams in the NFL based on how they did in the offseason. The Pittsburgh Steelers were given a C+ despite their offseason moves and drafting.

According to Bleacher Report’s Kristopher Knox, the Steelers offense is decent enough for the playoffs, but still have major holes.

The Steelers knew going into the offseason they needed to fix the offensive side of the ball while they placed 21st in scoring, they needed help on offense. Signing Mitch Trubisky and drafting Kenny Pickett was something that Tomlin wanted from the very beginning.

According to Bleacher Report:

“Pickett was the only quarterback drafted before Round 3, and he was the 62nd-ranked prospect on the B/R board.”

The article believed that the Steelers are “throwing multiple darts at the QB position” with not only the signing of Trubisky, but drafting Pickett in the first round and Chris Oladokun in the seventh-round.

It’s early to tell who the Steelers plan on starting at the quarterback position when the season starts, but that didn’t stop Mike Tomlin from being juiced on the Rich Eisen Show when asked about the quarterbacks on the roster.

“I expect it to be fierce,” Tomlin said about the competition, “I know all three guys, I don’t expect anyone to take a backseat.”

While the quarterback position wasn’t the only help they needed, the Steelers let wide receivers James Washington and JuJu Smith-Shuster go. The Steelers ranked low in the scoring charts last season and many thought they would get an offensive tackle, but instead got wide receivers George Pickens and Calvin Austin III.

Pickens brings the juice that has been missing for a long time. Some say his cockiness and competitiveness is similar to former wide receiver Antonio Brown, but his ability to get the ball and block is what separates him from Brown.

Getting any runs going for Najee Harris was a problem for the Steelers, despite Harris finishing top five in rushing yards this past season, the offensive-line was doing him no favors. In his last offseason with the Steelers, GM Kevin Colbert went out and got offensive linemen Mason Cole and James Daniels.

Signing Cole and Daniels can be a big boost to who plays the center position. All last season the Steelers had no true starting center even though Kendrick Green took most of the snaps, Green got hurt leaving J.C. Hassenauer to take over. It still didn’t help the offense as they weren’t able to protect Ben Roethlisberger so bringing in experienced Cole and Daniels can provide not only experience, but assistance to a young offensive line who gave up multiple sacks a game.

While many know how dominating the Steelers defense can be, they still have trouble stopping the run. The Steelers went out and picked up former Jacksonville Jaguars outside linebacker Myles Jack and drafted defensive end DeMarvin Leal out of Texas A&M.

The addition of Jack and Leal will help ease the pain of giving up chunk yards after chunk yards on defense. Even though Devin Bush returned during the 2021 season after suffering an injury that sidelined him throughout the 2020 season, he wasn’t the same player.

With a new era in Steelers football, Tomlin still hasn’t experienced a losing season since taking the job 15 years ago. But the man behind all that announced before the NFL Draft that he would be retiring from his duties. Colbert spent 22 seasons with the Steelers while winning three Super Bowls. The anticipation awaits for Steeler fans as the new era of Steeler football is upon us.