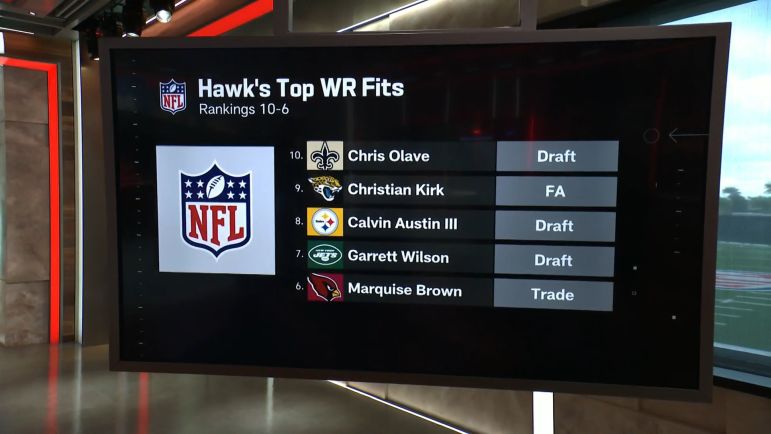 The Pittsburgh Steelers did good, or so most people seem to think, when working to address the wide receiver position during the 2022 NFL Draft. That’s a good thing, too, considering they only managed to add Gunner Olszewski and Miles Boykin to the group this offseason prior to the draft.

In the second round, they were able to land a first-round talent due to his coming off of an injury, drafting Georgia’s George Pickens. He should be a plug-and-play guy who opens as the number three receiver and works his way into the top two over the next year or two.

Then there’s the diminutive Calvin Austin III, coming to Pittsburgh by way of Memphis, drafted in the fourth round. What he lacks in height he makes up for in speed and elusiveness. It’s what has gotten him this far, and gotten him noticed.

One person who happened to take notice is another diminutive former wide receiver, Andrew Hawkins, who played at a listed 5’7”, 175 pounds. That’s in the ballpark of where Austin is, though the rookie’s listed weight is lighter—whether it’s accurate or not.

Hawkins, now a commentator for the NFL Network, put together a list of his top 10 wide-receiver-to-team fits of the 2022 offseason, including all wide receivers who are new to teams, whether through the draft, free agency, or trade.

Austin made that list of 10, which is pretty impressive considering all of the movement at the position this year, coming in at number eight. “Calvin Austin in Pittsburgh is an underrated one”, he said. “I love what he does after the catch, and I think that’ll be important for the young quarterback that they have”.

That young quarterback would be Kenny Pickett, though it’s not certain that young Pickett will start—and young Pickett is actually about to turn 24 years old. If he doesn’t start, then it will be the old-timer, the 27-year-old Mitch Trubisky whom the Steelers signed as an unrestricted free agent this year to kick off the post-Ben Roethlisberger era.

Consider who he put in the top five of his list, though. At number five, he put first-round draft pick Drake London going to the Atlanta Falcons. At number four, it was A.J. Brown being traded to the Philadelphia Eagles. Amari Cooper being moved to the Cleveland Browns was at number three, while Tyreek Hill’s trade to the Miami Dolphins occupied the number two spot, behind only, as you would guess, Davante Adams’ trade to the Las Vegas Raiders.

When you have huge wide receiver trades like that, to have a fourth-round rookie make this list is notable, I think. At the very least, it shows that people are recognizing his skillset and how that fits into what Pittsburgh can do with him.