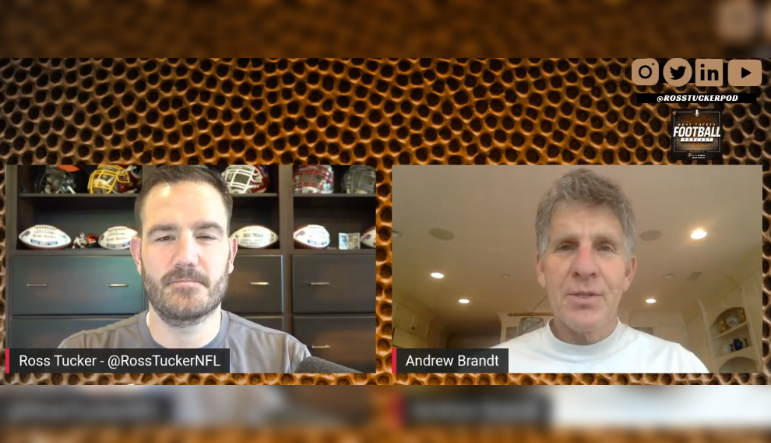 When the Pittsburgh Steelers officially promoted Omar Khan into the General Manager’s role to replace Kevin Colbert on Wednesday, it came as very little surprise to anyone inside the organization, inside the NFL, in the media and in the fanbase overall.

After all, internal promotions are typically what the Steelers do.

For former Green Bay Packers’ Vice President and current writer and media member Andrew Brandt, the decision to promote Khan wasn’t a surprise whatsoever, as it was “pure Steelers” he said on a recent appearance on the Ross Tucker Football Podcast. Speaking from his experience with Khan throughout his time in the NFL, Brandt — who was a cap guy just like Khan was — believes that the Steelers made the right decision, essentially going with a more modern approach at the GM position, rather than the old-school method overall.

“Omar and I go way back.  I think this is pure Steelers … if they represent anything, it’s continuity.” @AndrewBrandt discussing the new GM hire in Pittsburgh pic.twitter.com/BEjPovDCqN

“The background that I had, the background that you and I have talked about, we talked about Howie Roseman of the Eagles sort of wrangling some great trades and negotiations. He [Omar Khan] comes from that background. They’re not many of them, not many of them, but I think this is pure Steelers, right? The Steelers are continuity,” Brandt said, according to audio via the Ross Tucker Podcast. “If they represent anything, it’s continuity. We know they’ve only had three coaches in their history. They don’t get rid of players. They don’t get rid of people as fast as other teams.

“And this guy just worked his way up. And yes, I have a bias. So kudos to the Steelers. I just think the old model of just get a scout to be your GM is not necessarily the new model. Sure, get a scout to lead your player procurement efforts, but maybe someone with institutional knowledge and, in this case, knowledge around the building of every facet. And I think the negotiating background really helps for becoming a GM in this league. So kudos to the Steelers and kudos to Omar.”

That ability to wear many hats and have experience in a number of roles within the front office likely played a major part in the Steelers opting to hire Khan over other candidates like former Buffalo Bills’ GM Doug Whaley, who comes more from the football side, and the football side only, whereas Khan has salary cap expertise, knows how to negotiates contracts, and more.

Will that be the right decision in the end? Only time will tell, but the Steelers and Khan are very clearly building around him in the front office, bringing in Andy Weidl as assistant GM and Sheldon White as director of pro scouting, giving Khan some help from the football evaluation side of things.

As Khan said Friday during his introductory press conference, good leaders know their strengths and weaknesses, and it’s clear that khan is certainly leaning into that, being unafraid to know his limitations and bringing in the right people around him to help offset some of those weaknesses.

Continuity is the name of the game with the Steelers, and that’s what Khan is, though the front office shakeup sure doesn’t scream continuity overall. There’s a lot of intrigue here overall though with the names added. We’ll see how it plays out.