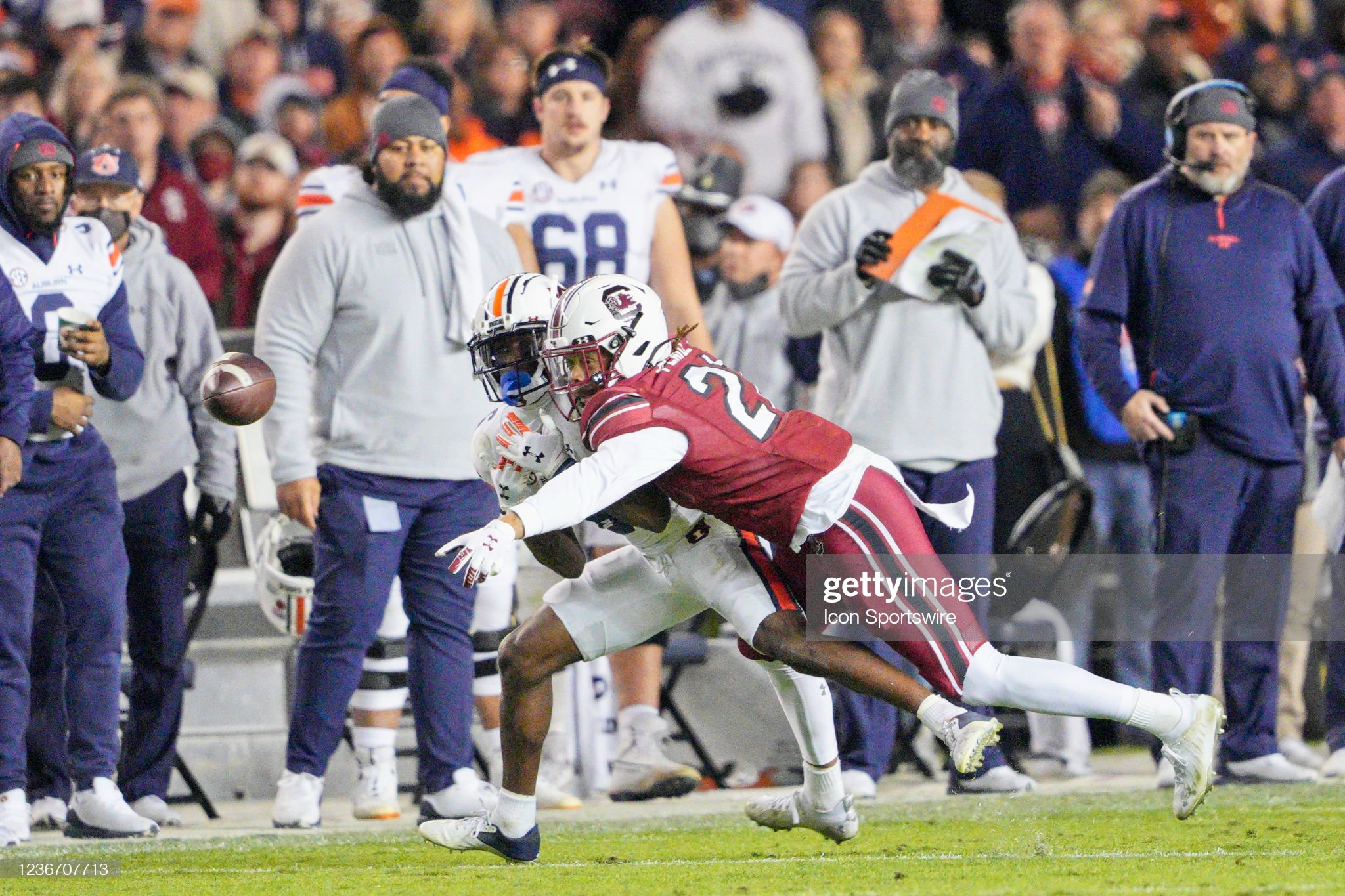 A handful of player profiles on the tryout players the Pittsburgh Steelers signed out of rookie minicamp this weekend. Today, a look at South Carolina CB Carlins Platel.

*All Numbers From Pro Day

— Good frame for slot corner, won’t be overmatched size-wise
— Aggressive, downhill demeanor who embraces and attacks in the run game
— Good finisher in the run and pass game
— Hunts the ball in run and pass game and makes plays on the football
— Tracks ball well and gets head around to find the pass, confident in playing the ball and not just the man
— Overall, form and reliable tackler in open space
— Versatile player with experience at all three cornerback spots
— Effective blitzer off the edge with timing and finish
— Willing and able to set the edge in the run game
— Has traits to become quality special teamer

— Lacks length especially relative to frame
— Tight-hipped and shows some stiffness when asked to change directions coming downhill
— Lacks foot speed in space against D-1 competition
— Profiles better as zone corner than man corner who can trigger downhill with eyes on the QB
— Below average/poor testing in 40 time and agility drills (40 RAS score is 2.48, short shuttle RAS score is 3.53, three-cone RAS score is 0.82)
— Heavy rotational player in 2021 who didn’t register a lot of snaps/stats, has not played football on a consistent basis since 2019

Carlins Platel is one of four tryout players to sign to the Steelers’ 90 man roster following this past weekend’s rookie minicamp. Platel spent three years at Assumption College, technically four, I suppose, though his 2020 was totally wiped out, before transferring to South Carolina. He played outside at Assumption but bumped inside at South Carolina.

In the little tape I saw of him at Assumption, he showed the ability to find the ball in the air on vertical routes. Overall, he does a nice job getting his head around and locating the ball while still being in-phase with the receiver. Platel will attack the ball and not just tackle the catch.

He’s an aggressive downhill player too with a quick and strong click/close. Two clips here, one from Assumption and one from South Carolina. Brings the boom stick on the RB in the first clip and drives on the ball in the second to break the pass up.

On the negative side, he’s tight-hipped and that’s reflective of his poor agility times. He has trouble being able to flip his hips and stay in the receiver’s hip pocket.

He also lacks speed, as his 4.64 40 suggests. Wasn’t an issue at Assumption but when he faced speedsters like Velus Jones of Tennessee, he was noticeably a step slow.

Overall, Platel has the right mindset and carries the slot traits Pittsburgh likes. Physical, aggressive, willing to play the run. While he lacks length, he’s really not that small, nearly 6’0, 195 pounds. It’s a question of if he’ll have the athletic traits to last and he’ll work better in zone coverage than man. He also should play well on special teams and of course, that’ll be his path to sticking with the team in some form.