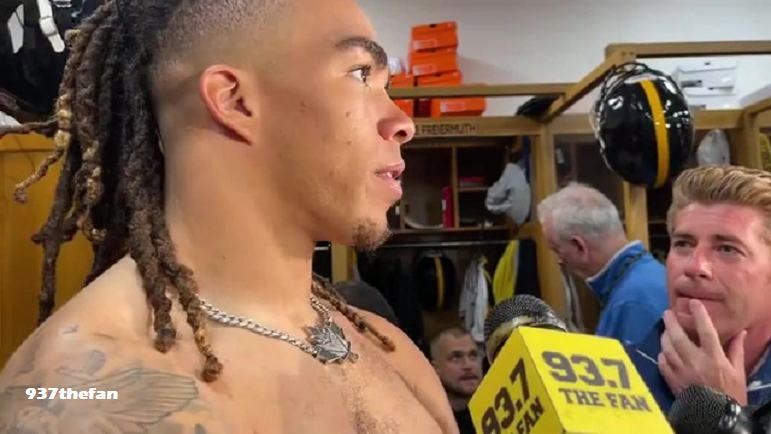 Reasoning: According to reports from OTAs, the Steelers are making good on their promise to expand Chase Claypool’s versatility by getting him to play in a variety of spots, something offensive coordinator Matt Canada mentioned during the offseason.

The best thing that Chase Claypool can do for himself, and for the Steelers’ offense right now, is to give himself as many options to contribute as possible, and that means growing comfortable in playing all wide receiver positions on the field.

Based on a number of reports that I have seen commenting on OTA sessions this past week, this is, indeed, what the team is doing thus far with the third-year wide receiver, who failed to show a significant amount of progress in his sophomore season a year ago.

Used primarily as an outside deep threat in the Steelers’ offense during his first two seasons, Claypool’s contributions were limited by certain factors, some in his control, some not. The poor downfield accuracy from the quarterback position was one.

His tendency to leave his feet when reaching for the ball down the field was another, and that is yet another area of his game that he has talked about actively and consciously worked to address this offseason.

While he somewhat pushed back on the idea that he played terribly last season—and certainly, he did not—Claypool also acknowledged that he was disappointed overall in his 2021 campaign, and is working to position himself to do better this year.

It’s not a bad idea. After all, he’ll be going into a contract season a year from now. Maybe he’ll be the one skipping OTAs next May instead of talking about how it’s not a big deal that Diontae Johnson is currently skipping these voluntary sessions during his own contract ‘dispute’.

I know Claypool has become a popular player to dislike because of his lack of progress last season, and of course his dreaded use of social media. But I am choosing to give him credit for his efforts in addressing some weak spots in his game. The ultimate proof will come on the field, but in May, we can only go on what is offered, which is just one step above the ‘underwear olympics’.