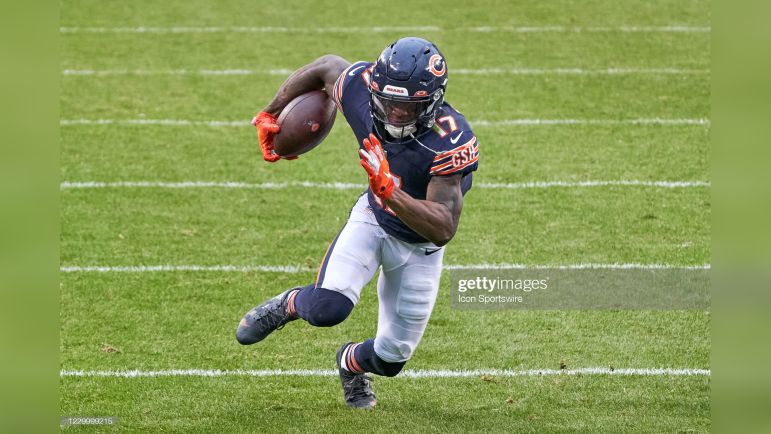 Reasoning: Anthony Miller’s stock took a double hit as a result of the 2022 NFL Draft, with the Steelers not only investing heavily in the wide receiver position, but also in drafting a quarterback in the first round who could start, which would oust his former teammate, Mitch Trubisky, from the starting lineup.

A lot of Steelers fans started getting themselves excited about Anthony Miller about a month or two ago after the team lost three wide receivers in free agency. A former second-round pick who spent most of the 2021 season on the practice squad, it was thought that Miller could rise up and help fill that void.

Coming out of the 2022 NFL Draft, however, it’s looking like it will be a challenge for him to even make the 53-man roster at all, let alone contribute meaningfully. While Diontae Johnson and Chase Claypool return from last season, they also have two draft picks in George Pickens and Calvin Austin III who should be viewed as roster locks.

Add in Gunner Olszewski as their new dedicated return man, and you have Miller battling for a potential sixth roster spot at wide receiver, which isn’t even guaranteed to be there. And he will have to fend off Cody White, who was on the 53-man roster ahead of him last year, along with Miles Boykin and Steven Sims, both of them veterans with NFL experience, as well.

But it’s a good problem for the Steelers to have. Now, they haven’t instantly made their wide receiver room the best in the NFL, but they certainly have a healthy amount of talent now, on paper, and they’ve also gathered a small group of veteran wide receivers at the bottom of the roster who could help fill things out.

It feels likely that at least one of Miller, Boykin, and Sims will remain with the team in some capacity, whether on the 53-man roster or the practice squad, where both Miller and Sims spend the vast majority of their time last year. Boykin was acquired via waivers this offseason from the Baltimore Ravens.