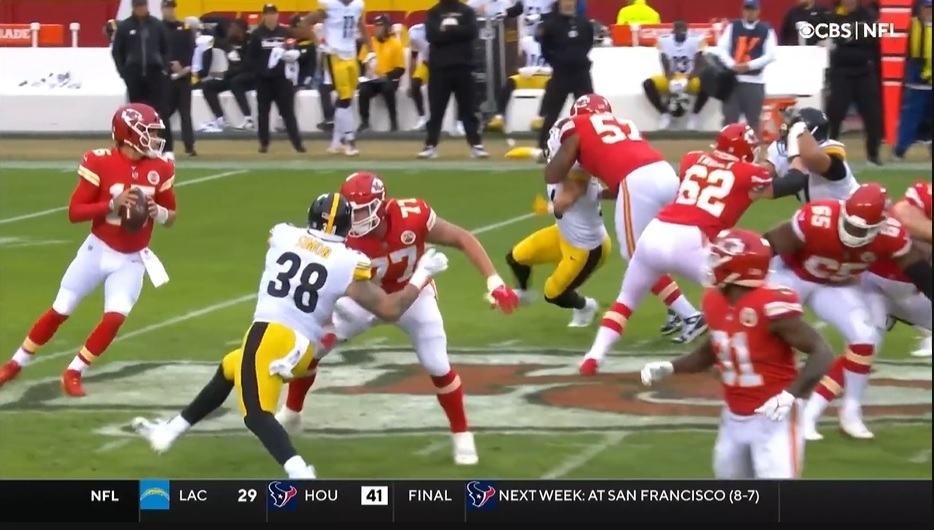 Reasoning: Veteran outside linebacker John Simon was one of four players that the team released or waived this week to make room for four signings of players as rookie minicamp tryout participants to the 90-man roster.

This one admittedly surprised me a bit, though I emphasize the ‘bit’ part. John Simon being on the roster or not really doesn’t move the Steelers’ needle for this season, does it? Still, given the relative lack of depth, and the lack of quality depth on top of that, at the outside linebacker position, Simon was not the release I was immediately expecting, as one of only two experienced reserves.

The interesting thing—perhaps—is that none of the players the Steelers signed out of rookie minicamp were edge players. They didn’t let him go because they found a tryout edge that they liked better. But it was still an important weekend for the position.

The team did not draft an edge last month, but they did sign two edges as college free agents, in Tyree Johnson and T.D. Moultry. The coaches got their first look at these two young outside linebacker during rookie minicamp. Perhaps what they saw from them there played a role in the team deciding that Simon would be among the players they cut to make roster moves.

The Steelers showed last year that they do value edge depth, signing Melvin Ingram to come in as their rotational guy; it is unfortunate that he was evidently unhappy with his role here and asked to be traded. That left the team with the likes of Derrek Tuszka and Taco Charlton as their depth behind their starters.

Simon was added late in the year, and at least by reputation would have been in the running to compete for a depth roster spot, but the Steelers did sign Genard Avery this offseason as the ‘veteran’ backup. Tuszka did improve over the course of the year, and perhaps the team feels good about the possibility of Johnson or Moultry making the team. They’ve had luck here before.

Simon was a Ravens’ fourth-round pick in 2013. He had his longest stints, of three years each, with the Houston Texans and New England Patriots, the latter in 2018-2020. He signed with the Tennessee Titans last year, but only played in two games. He appeared in one game for the Steelers.