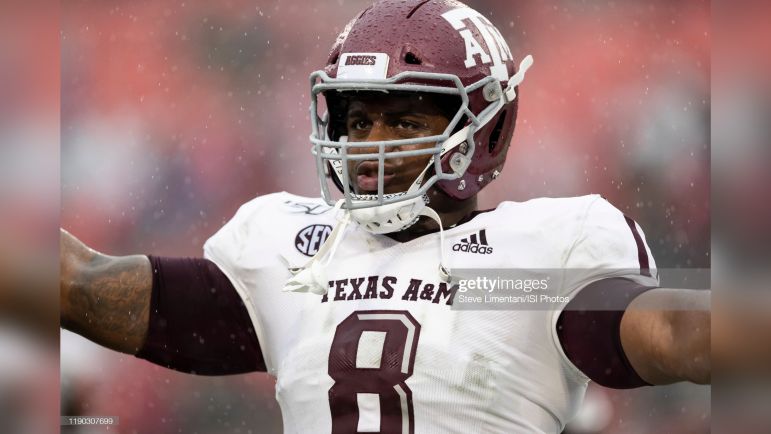 Reasoning: The Steelers added to their defensive line on the second day of the 2022 NFL Draft with the third-round selection of DeMarvin Leal, who will begin at end but could be asked to put on weight and be capable of playing inside in the base, as well.

Stephon Tuitt and Tyson Alualu—and Chris Wormley—are all only under contract through the 2022 season. Cameron Heyward still has a few years left on his current contract, but he is also approaching his mid-30s. And Alualu is already there, for that matter. Oh, and we don’t even have solidified confirmation that Tuitt will be playing this year.

It’s not a surprise that the Steelers felt that they should really address the defensive line with a high draft pick this year, given those circumstances, even if it does mean that they have ‘bodies’ now. In addition to Heyward, Tuitt, Alualu, and Wormley, they also have Montravius Adams, Isaiahh Loudermilk, Carlos and Khalil Davis, and Henry Mondeaux. Even if you cut out the latter three, you’re looking at keeping seven defensive linemen.

But a player like Leal is worth it. He has the type of athleticism and playing style to be disruptive, which is something that Tuitt brought to this defense. Now, is Leak going to be another Tuitt? That’s a big ask, and they’re not exactly the same kind of player. Tuitt would have been a first-round pick if not for injuries in college.

But Leal will certainly be a welcome addition—at least eventually. It may take some doing to figure out how to get him on the field, initially, but it’s not uncommon for the Steelers to bring their defensive linemen along slowly as they break them of their college habits and teach them their own system.

Defensive coordinator Teryl Austin said after they selected him that they are comfortable with him playing up and down the line, but acknowledged that they would be looking at him as a 3-4 base end for now, and that if they were to ask him to play nose tackle, he would have to put on some weight, which they believe he has the frame for. But his primary role will be as a sub-package rusher—as is almost every lineman’s role in today’s game.