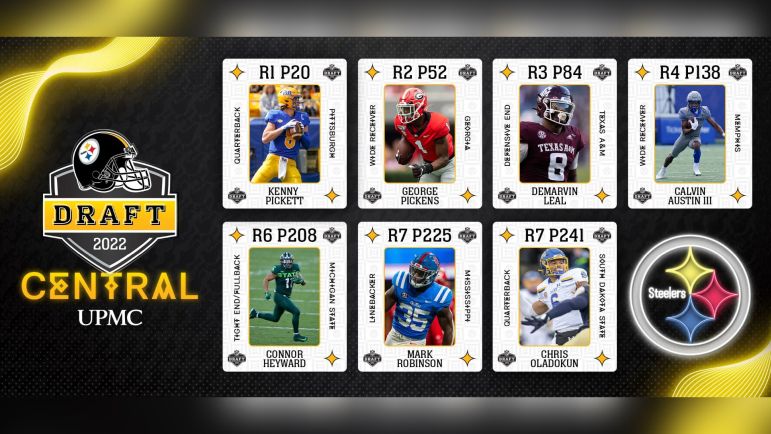 Question: Which draft pick from last weekend from the Steelers did you like the most?

The Steelers added seven new players (via the draft) last weekend. They did no wheeling nor dealing, simply sticking to their board and drafting the player at the top of their board when their turn came around again to make a selection.

Which of those seven decisions, based on the player, position, and draft value, did you like the most? Drafting a quarterback in the first round obviously has the biggest upside, but not everybody buys into Kenny Pickett as the team’s long-term future—or at least a future that includes him hoisting a Lombardi Trophy.

For me, Day 2 basically went the way that I wanted, and George Pickens was certainly the pick that I liked the most. It was the one selection where I very clearly had one specific name on my mind in the few picks preceding the Steelers’ turn. I wanted Pickens, and they got me Pickens, so that kind of has to be my answer by default.

I’m going to guess that Pickens was the favorite draft pick of many here, with a smattering of Pickett as well among those who believe he is going to be ‘the guy’ at quarterback. If he ends up being that, then, of course, you simply can’t beat that value. Calvin Austin III in the fourth round and DeMarvin Leal in the third will get some votes as well, I imagine, with the latter in particular for those who felt the defensive line was a critical area to address.