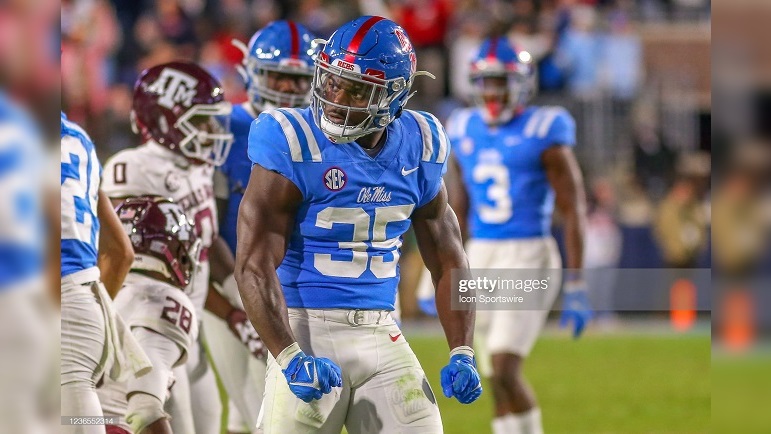 At this point in the 2022 NFL Draft on Day 3, teams are taking shots on players with intangibles such as speed, athleticism, physicality, and more. After all, being in Las Vegas, it pays to gamble.

The Pittsburgh Steelers are hoping they rolled the dice on the right player in the seventh round with the selection of Ole Miss linebacker Mark Robinson, a pre-draft visit ahead of the draft who the Steelers very clearly had interest in.

According to new Steelers’ Senior Defensive Assistant/LB coach Brian Flores, the Steelers were intrigued by Robinson’s rawness at the position after switching from running back to linebacker last season, as well as his speed, athleticism, and physicality. Speaking with reporters Saturday following the selection of Robinson at No. 225 overall, Robinson stated he’s excited to get to work with Robinson.

“I think that’s part of what we liked about him,” Flores said about Robinson regarding his rawness at the position, according to video via the Steelers’ YouTube page. “There’s some upside here. This is someone who hasn’t played the position for a long time, but he showed speed. He showed athleticism, he showed toughness, physicality, a lot of things we liked. And he’s a fun guy to watch on film for sure.”

This late in the NFL Draft, that’s what you’re looking for in draft picks is that upside, and that’s exactly what the Steelers think they have with the selection of Robinson.

“I think he’s got some more upside. Anything that’s a new position there was…a little bit of a learning curve early in the season, but as you watched, you saw progress going into games 5, 6, 7, 8, and really on into the season, you saw him improve and get better,” Flores said. “That’s really what you’re looking for. You like to see that as a coach, and he’s someone who is…he’s a hardworking kid. You kind of got that feeling — I got that feeling — just meeting him. Football is important to him, which, that’s a big part of… making progress as a player. And, I know he’ll work, he’ll work to get better.”

There’s certainly traits on tape that are clear as to why the Steelers were intrigued. How he develops in the years ahead only time will tell, but the Steelers clearly value what he brings to the table. We’ll see if he can hit the ground running in training camp and make a case for the roster or the practice squad.