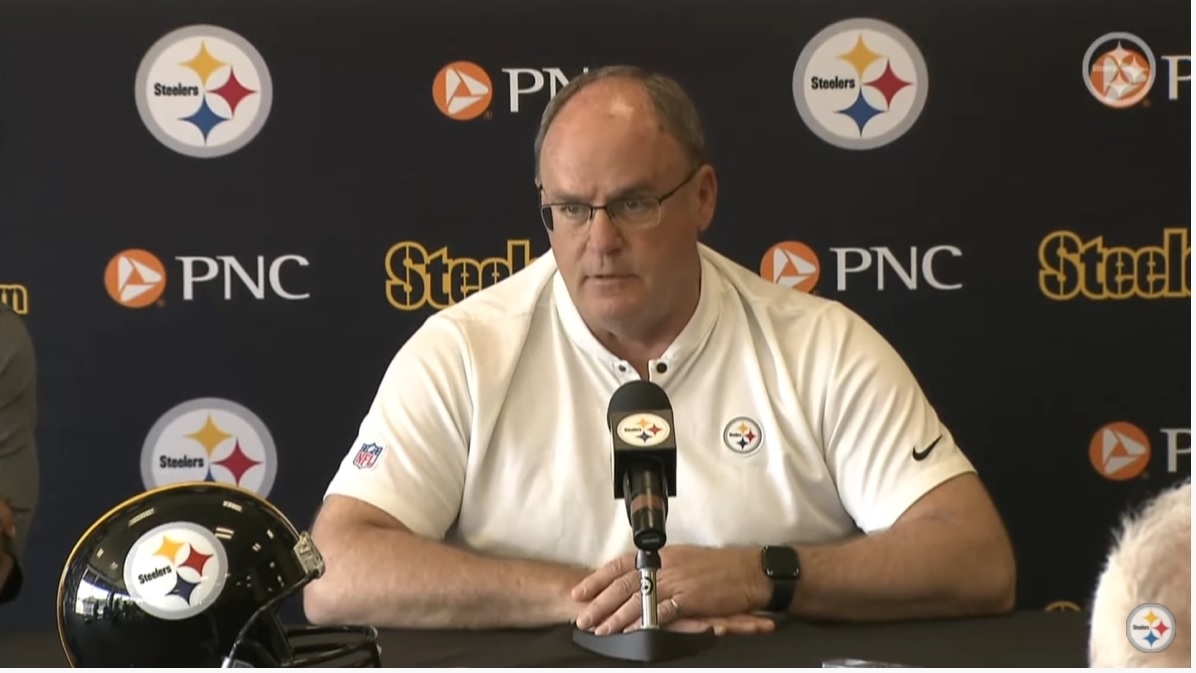 Kevin Colbert was asked during his pre-draft press conference with Mike Tomlin on Monday about the rising cost of receivers this offseason and if it was more important to get young receivers on their first contracts. Colbert answered that, regardless of position, getting starters early in the draft is important.

“I think that’s irrelevant to the position,” he said in a presser shared on the Steelers’ YouTube channel. “We’ve always talked about, our top three picks, they have to become starters in the business model that we follow because you have to have so many players fit into so many categories. When you miss on a player in those rounds, which we have, you end up spending more money trying to replace them in free agency.”

“We’re always cognizant of what goes on at a different position and its impact on a salary cap, and hopefully you have some players that are worthy of that type of a consideration, but that comes back to, you know, what we’re about to do on Thursday and trying to make the best picks possible.”

In the 2021 NFL Draft, the Steelers got starter-level playing time out of each of their first four selections. While third-round pick Kendrick Green struggled at center, RB Najee Harris, TE Pat Freiermuth, and T Dan Moore Jr. all had flashes, and all appear to be everyday starters. Green may be an example of a player that Colbert says the Steelers’ missed on, and had to spend in free agency as a result.

While it’s likely too early to call Green a bust, the Steelers had to bring both James Daniels and Mason Cole to shore up the offensive line. If Green had played better, it’s not crazy to think that just one of those players would be in Pittsburgh currently.

In 2020, both WR Chase Claypool and OLB Alex Highsmith have developed in starters, while G Kevin Dotson, the team’s second fourth-round selection after RB Anthony McFarland Jr., had flashes as a rookie before dealing with injuries last season. Still, he slotted in as their starting guard and presumably will have a chance to do so again this season, although the free agency additions of Cole and Daniels make his starter role a little murkier.

In general, the Steelers have been able to find starters in the first few rounds in recent drafts, although the success level of the players has varied. While former second-round pick Sean Davis was a starting safety for Pittsburgh for a few seasons, I’d imagine he isn’t the type of player Colbert is talking about when discussing finding starters early in the draft. Come Thursday, whatever position the Steelers target, it’s imperative that he can become a quality starter and give the Steelers value while on his rookie contract.