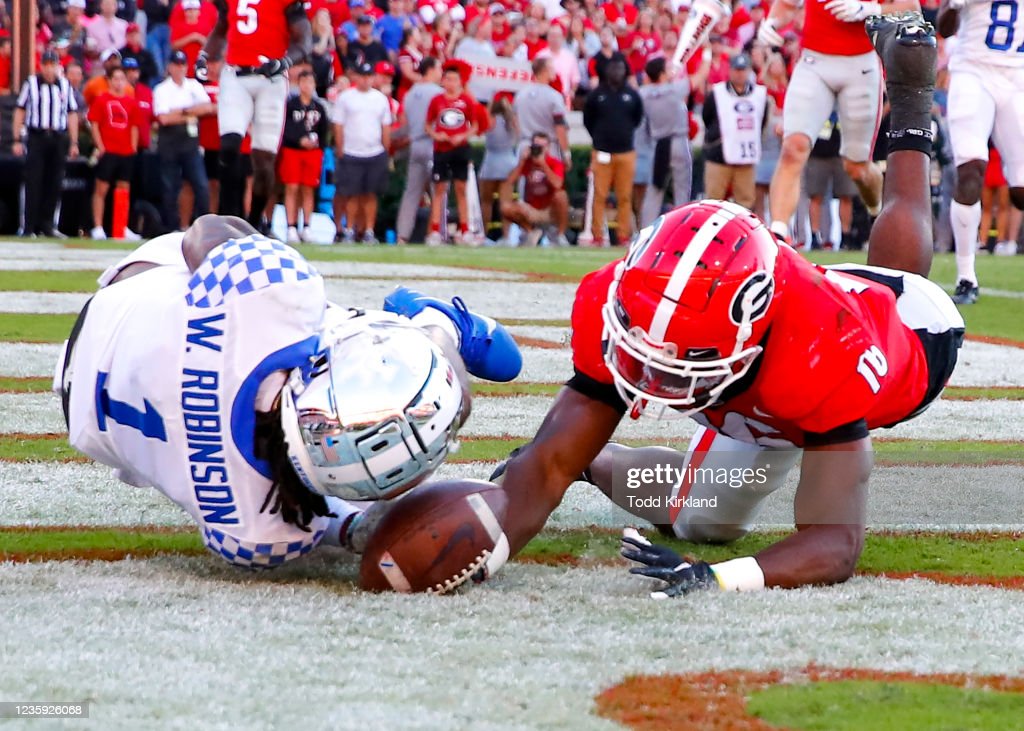 Let’s talk non-quarterbacks and mock drafts for a second, cool?

NFL Network’s Tom Pelissero put out a list of seven potential “surprise” first round picks in Thursday night’s draft. Among that list was Georgia safety Lewis Cine, who Pelissero says has plenty of fans in the NFL community.

“Several names surface in conversations with teams about the second safety off the board behind Notre Dame’s Kyle Hamilton. But no one comes up more often than Cine…while some prefer Michigan’s Dax Hill, Baylor’s Jalen Pitre or Penn State’s Jaquan Brisker, Cine has a lot of fans and his draft slot figures to reflect that.”

It sounds like Cine truly is in that first-round conversation and may be the second safety off the board behind Kyle Hamilton, whose stock has fallen a bit over the last month. Should Pittsburgh bypass a quarterback for whatever reason, Cine is one of the next-most logical choices. He’s athletic, can hit, played in the Power 5, and had Mike Tomlin and Kevin Colbert at his Bulldogs’ Pro Day, a crucial box to check when weighing first round likelihood.

In our draft profile back in mid-March, our Jonathan Heitritter concluded:

“He has no fear when asked to play in run support or come over the middle and separate ball from man, looking to be the hammer on the nail and stick ballcarriers in a way to make them think twice before coming his way again. He also has shown some positional versatility, having played deep safety, in the nickel, as well as on the outside on occasion with backs and TEs out wide. He is a capable zone coverage defender but covering receivers on vertical patterns will be his weak spot in coverage.”

Though Cine may be considered a more borderline pick, it didn’t stop the Steelers from drafting Terrell Edmunds 28th overall when he was viewed as a Day 2 guy. Cine and Edmunds have similar profiles in testing and style, though Edmund was younger and a bit heavier. Still, Cine hits and plays the run bigger than his size. If you’re thinking about non-QB options for Pittsburgh at #20, he’s as good a name as any.

Other potential surprises on Pelissero’s list include fellow Bulldogs WR George Pickens (another name that shouldn’t be entirely discounted for the Steelers at 20) and LB Quay Walker, Houston DT Logan Hall, and Michigan EDGE David Ojabo, who may still go Top 32 despite tearing an Achilles during his Pro Day workout.

Check out our full report on Cine below.