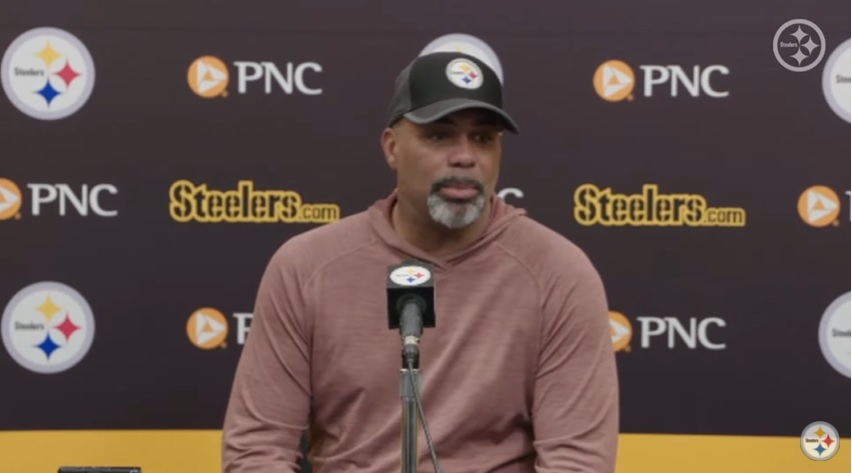 Teryl Austin almost spilled the beans. Almost. Speaking to reporters at the post-pick presser of third-round selection DeMarvin Leal, Austin nearly slipped the grade the team had on Leal. He caught himself and gave the more coach-speak answer of what the team thought of him.

“Absolutely. We had a…very nice grade on him,” Austin said with a pause and a smile, realizing he was talking to the media, not the war room. “The fact he was sitting there really surprised all of us. So it was really a no-brainer for us to choose him.”

Leal was pegged as a Day 2 pick, with some thinking he could go as early as the second round. But he fell to the third round, perhaps due to some size and tweener concerns, with some analysts believing he was a bit of an overachiever this past season for the Aggies.

While Austin kept secret the team’s actual grade, it sounds like the team had him viewed much higher than the third-round pick, 84th overall, he was actually taken with.

But Leal came on strong in 2021, setting career highs in TFL (12.5) and sacks (8.5). While he isn’t an exact fit for a Steelers’ end, he’s about as close as they come in the draft. Austin said he has the frame to add weight to play end, which is where the Steelers may begin his career, though he praised Leal’s versatility and ability to work up and down the line. In 2021, the team drafted DL Isaiahh Loudermilk in the fifth round, and he quickly got his weight up from the 270s into the 290 range.

The Steelers’ D-line is potentially overcrowded, especially if Stephon Tuitt returns. Tyson Alualu is back, Montravius Adams re-signed, with Chris Wormley, Cam Heyward, and Loudermilk returning. But Austin knows the value of a deep D-line, and injuries there last season plagued this defense, leading to a historically bad run defense.

“I think you’re always looking to add, first thing. You’re always looking at good players regardless of the position because good players help us become a better team. I think you want to add some, if you can, add a quality defensive lineman, a young defensive lineman. That always is helpful. You can’t ever have enough of those guys or really corners.”

Of course, if Tuitt isn’t returning, Leal would be the sixth defensive lineman on a team that typically carries that many. And if Tuitt does come back, Leal’s role could be limited as he adds weight, learns the game, and is in prime position to better impact the defense in 2023.