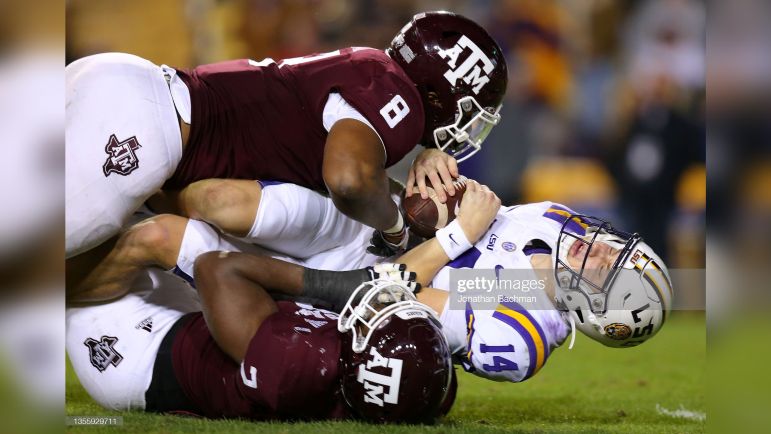 The Pittsburgh Steelers picked up their first defender of the 2022 NFL Draft to close out their second day, selecting defensive lineman DeMarvin Leal out of Texas A&M. He joins former teammates, offensive tackle Dan Moore Jr. and linebacker Buddy Johnson, who joined the team via the fourth round last year, as A&M alumni on the team.

With the top end of the defensive line aging and some uncertainty about the availability of Stephon Tuitt, Pittsburgh identified the defensive line as a priority position to address, using a top-three pick in that area for the first time since Javon Hargrave via the third round in 2016. So where will he play?

New defensive coordinator Teryl Austin told reporters, speaking after the selection, that he believes Leal will be able to play up and down the line if that is ultimately what they ask him to do, but conceded that, from a 3-4 base perspective, he would probably start out at end. He was confident, however, that he could add the weight needed to play nose based on his frame.

“Really versatile, loose upper body, plays multiple positions across the line”, Austin said of his newest defensive lineman. “He does offer some versatility. He’s got the frame to get a little bit bigger, but he does some things in the pass rush and run-game-wise that we really like, and we value here”.

The Steelers’ current defensive line projects to have Cameron Heyward, Tyson Alualu, and Stephon Tuitt in the starting lineup, backed by Montravius Adams as the top reserve tackle and Chris Wormley as the top reserve end. Isaiahh Loudermilk would otherwise be positioned as the number six lineman, but Leal of course would seize a spot. They also have Carlos and Khalil Davis and Henry Mondeaux in the mix.

This could certainly be a year in which they decide to carry seven defensive linemen, if indeed they have Tuitt available, especially given that Tuitt is only under contract for this season, as is Alualu, who may well retire after this year–plus the talent is there to justify it.

The Steelers used a fifth-round draft pick on Loudermilk just last year, trading into the round to get him and moving their natural fourth-round pick from this draft to do so, so it would be hard to see them ready to ‘give up’ on him so quickly, but plenty of mid-round picks don’t make it to their second year, so we’ll have to see how that plays out—and we’ll also have to see where Leal ultimately plays, and at what weight.

“I think, initially, we’ll probably look at him at an end spot”, Austin said. “It all depends. He has some flexibility, but if you’re playing base defense, you can look at him as an end”. He went on to admit that, indeed, he would probably have to put on some weight if expected to play base nose.

“I think if he’s gonna play in the base, yeah, that position takes a bigger man, and he’s got the frame to do it”, he added. “I don’t see anything—I think he was probably playing at the weight he was because that’s where they needed him at his school. I have no reservations about him being able to fit anywhere in our scheme. Once he gets here, we’ll figure that out”.