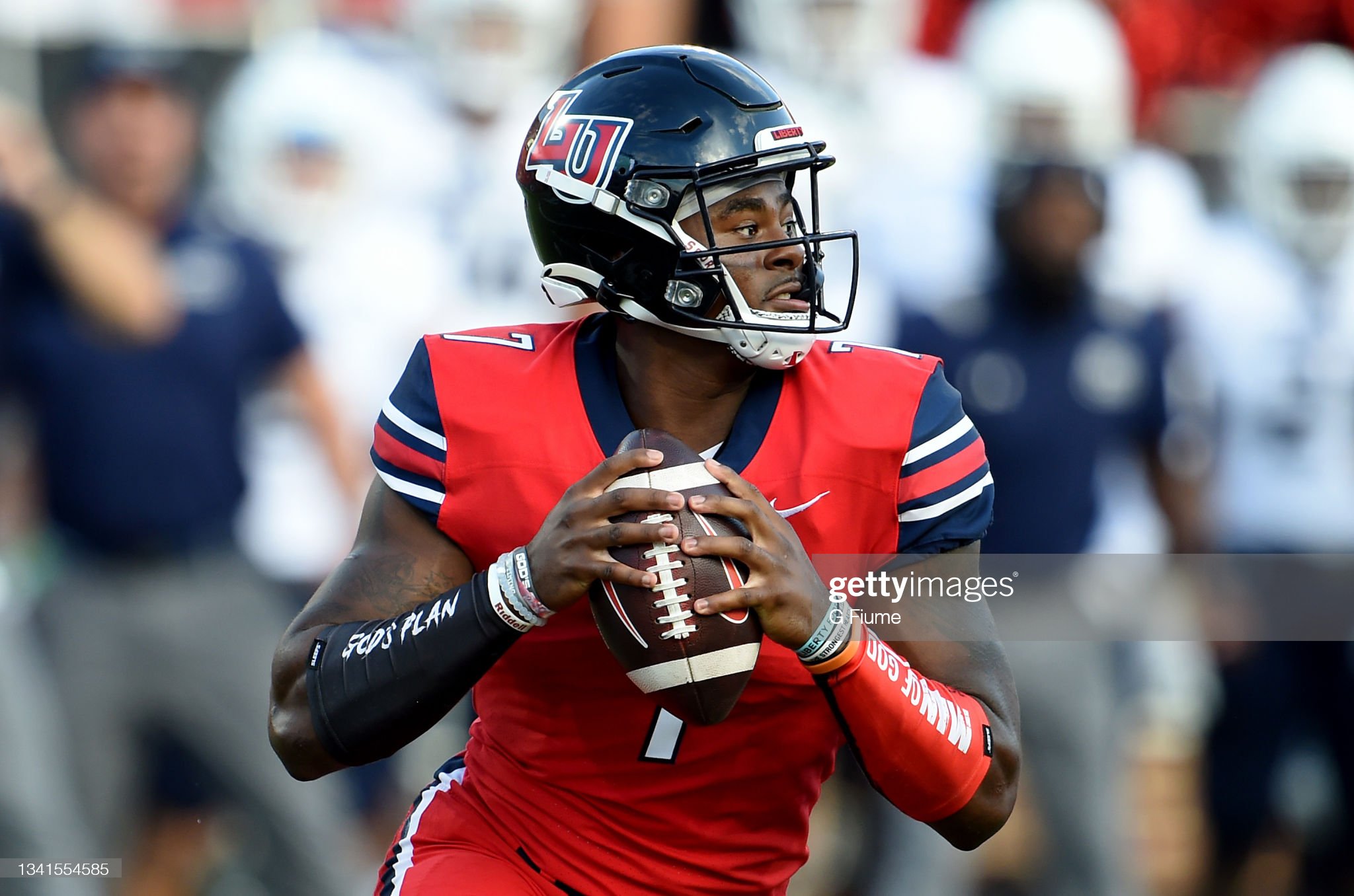 On Wednesday morning, Danny Kelly from The Ringer released the fourth version of his 2022 NFL Mock Draft. Kelly only mocked the first round, and with the 20th overall pick he had the Pittsburgh Steelers selecting Liberty quarterback Malik Willis.

Kelly compares to Willis to “Jalen Hurts with turbo boosters” and writes:

“Pittsburgh is an ideal landing spot for Willis, who may need a little time to adapt to the NFL. With Mitch Trubisky as a bridge option at quarterback, the Steelers will work quickly to enact a succession plan for the recently retired Ben Roethlisberger.”

At Liberty last season, Willis flashed exciting arm talent, which was also on display at his Pro Day, which was attended by both Mike Tomlin and Kevin Colbert. Willis threw for 2,857 yards and 27 touchdowns for the Flames in 2021. He originally began his career at Auburn, where he backed up Jarrett Stidham before transferring.

Willis’ big arm and mobility make him an extremely intriguing prospect, although his decision-making and lower level of competition make him more of a polarizing prospect. He has a tendency to hold onto the ball for too long, as evidenced by the 51 sacks he took in 13 games last season, and he seemed to wear down as the season progressed. Willis struggled in three straight losses against Ole Miss (where he threw three interceptions), Louisiana, and Army before closing out the season with a win over Eastern Michigan in the LendingTree Bowl, where he threw for 231 yards and three touchdowns while adding 58 yards and two touchdowns with his legs.

While Willis may not be able to contribute immediately, that could make him the perfect fit for Pittsburgh, who can have a little bit of patience when developing their next quarterback. As Kelly wrote, the signing of Mitch Trubisky gives the Steelers flexibility at the position, as they won’t need a rookie to step in and become a day one starter.

The Steelers’ interest in Willis is also no secret, with both Tomlin and Colbert at the Liberty Pro Day and Tomlin taking Willis out for a chicken wing dinner the night before. Liberty Head Coach Hugh Freeze has also gone on record saying he believes the Steelers are interested in Willis.

With the draft fast approaching, it’s becoming more and more clear that pundits believe the Steelers will be drafting a quarterback in the early rounds. We’ll find out if that’s actually the case on April 28.