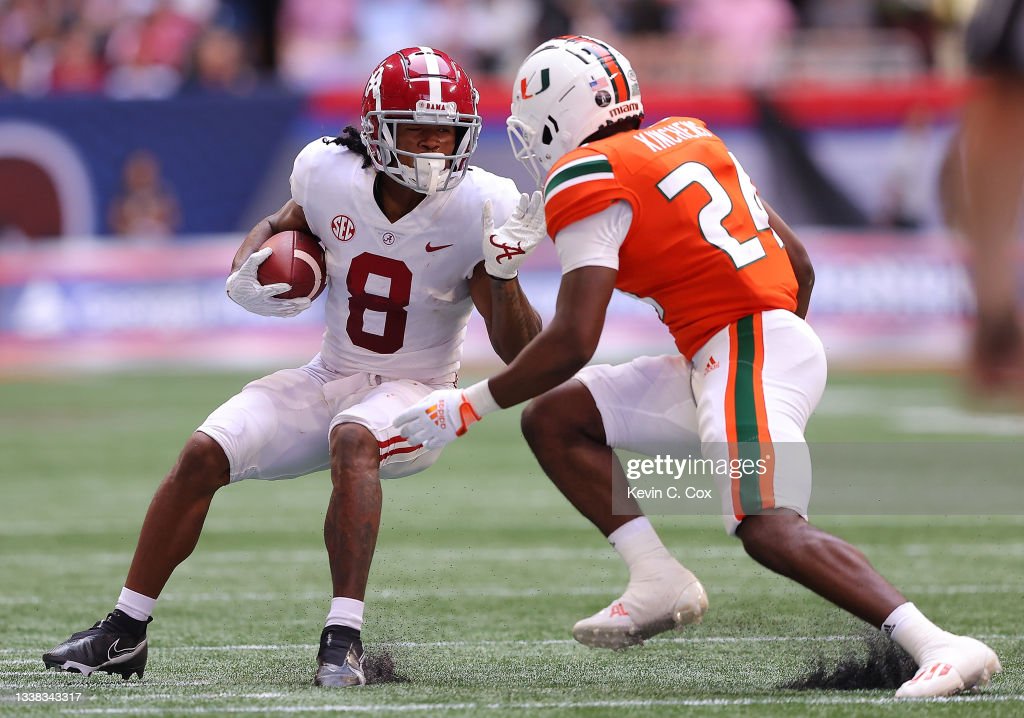 With just nine days remaining between now and the start of the 2022 NFL Draft, the mock drafts are coming hot and heavy from major media outlets.

Tuesday morning, ESPN’s Todd McShay and Mel Kiper Jr. dropped their annual alternating threes-round mock draft in an effort to shake up the mock drafts overall. While the idea was to alternate picks, it just so happened that Kiper Jr. ended up making all three picks for the Pittsburgh Steelers in the first three rounds, and did a decent job addressing some of the Steelers’ most pressing needs in the mock draft.

Right away at No. 20 overall, Kiper Jr. grabbed Pittsburgh quarterback Kenny Pickett for the Steelers after Liberty’s Malik Willis came off the board at No. 6 overall to the Carolina Panthers.

Of course, the Steelers have spent a considerable amount of time studying the quarterback class for the 2022 NFL Draft, and were at Pickett’s Pro Day in nearly full force in early March, so the interest is certainly there, as is the need, regardless of the signing of Mitchell Trubisky in free agency.

“Will Pickett go higher than No. 20? Probably,” Kiper Jr. writes regarding his selection of Pickett at No. 20 overall. “But without trades and with the Saints getting two instant starters and forgoing a quarterback in this scenario, Pittsburgh is the most logical landing spot for him. I wouldn’t be surprised if he beat out Mitch Trubisky.”

"Kenny Pickett is such a perfect fit for the Pittsburgh Steelers."

If the Steelers were to end up selecting Pickett at No. 20 overall, he would have to be in the discussion to play right away, considering his age (24 years old) and the fact that he’s considered the most pro-ready QB in the class as a four-year starter at Pittsburgh. Drafting Pickett wouldn’t be ideal overall due to his need to play right away instead of sitting and developing like a Willis or Matt Corral, maybe even Sam Howell, but it’s clear the Steelers have shown some interest in the Panthers’ star.

Following the selection of Pickett at No. 20 overall, Kiper Jr. had the Steelers staying on offense at No. 52 overall, addressing a major need at wide receiver, grabbing Alabama’s John Metchie III, passing on the likes of Georgia’s George Pickens, who goes five picks later.

Metchie III is coming off of a torn ACL suffered in the SEC Championship Game last December against Georgia, but he should be ready for training camp.

“This is another pick I projected in my recent two-round mock,” Kiper Jr. writes. “The Steelers need a slot playmaker after JuJu Smith-Schuster left in free agency. Metchie tore his ACL in December, but he could be healthy for training camp.”

John Metchie III: 760 yards gained AFTER the catch since 2020

Most among active WRs 👑 pic.twitter.com/UVM4DJ77tW

While the Steelers certainly do need a slot playmaker after letting Smith-Schuster walk in free agency, it’s hard to envision the Steelers passing on a guy like Pickens who they clearly like a great deal just to get a guy like Metchie III based on need. The Steelers never do that, and I don’t envision them doing that starting now.

That said, Metchie III is an intriguing prospect. He would be the second Canadian wide receiver on the Steelers’ roster with Chase Claypool, and has some serious speed and playmaking abilities to his game. How he’d fit in Matt Canada’s offense would be interesting to see play out.

Finally, at No. 84 overall, Kiper Jr. has the Steelers grabbing Cincinnati cornerback Coby Bryant, addressing a hole at cornerback moving forward in Pittsburgh, even with the signings of Levi Wallace and Ahkello Witherspoon in free agency this offseason.

“Here’s another really solid Cincinnati defender, and it was Bryant, not Ahmad Gardner, who won the Jim Thorpe Award last season,” Kiper Jr. writes. “Bryant doesn’t have elite straight-line speed, but he has good instincts and oily hips. He had seven picks over the past two seasons.”

While Cincinnati’s Sauce Gardner gets all the attention in the draft process, Bryant is equally as good, though he will fall much, much farther in the draft than Gardner. That could be a huge plus for the Steelers. In fact, Alex Kozora had Bryant to the Steelers with the 84th pick as well.

Pittsburgh was heavily in attendance for the Bearcats’ Pro Day, presumably to see QB Desmond Ridder, but the Steelers’ brass was also able to get an up-close look at Bryant as well, who could be a great fit overall in the Steelers’ defensive scheme moving forward.