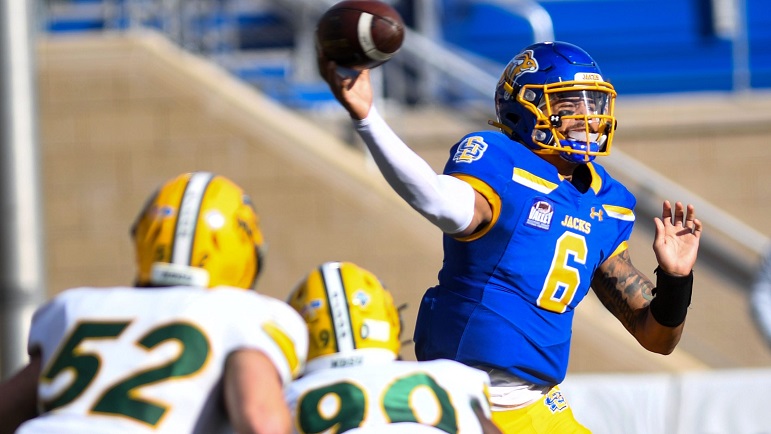 He will reportedly be in town through Tuesday evening.

A Tampa native, Oladokun has bounced around his college career. It began as a backup at South Florida before transferring to Samford, where he replaced ex-Steelers’ QB Duck Hodges as the school’s starter. Finally, he transferred to South Dakota State for the 2021 season, throwing for over 3,100 yards and 25 touchdowns this season. He also led the Jackrabbits to an upset win over FBS’ Colorado State, doing so in blowout fashion. Oladokun threw for two touchdowns and ran for another in the 42-23 victory.

Reportedly measuring in at 6012, 207 pounds with 8 7/8-inch hands, he’s undersized but a plus athlete (running a 4.62 40 at his Pro Day) with good college production. He is viewed as a late Day 3/UDFA prospect but has drawn interest from multiple teams, including the Steelers.

While Pittsburgh has certainly shown interest in all the top quarterbacks in this class, if they fail to draft one, they could turn towards Oladokun late in the draft or as a UDFA to be their #4 quarterback on the roster.

We’ll have a full scouting report on him prior to late April’s draft.