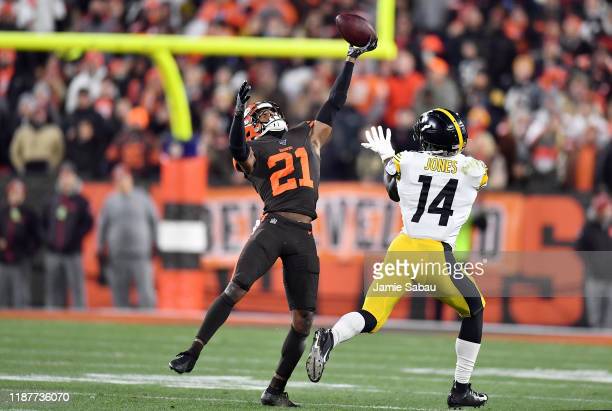 The Cleveland Browns are reportedly making cornerback Denzel Ward the highest-paid player in the NFL at his position.

Browns are signing Pro-Bowl CB Denzel Ward to a 5-year, $100.5 million contract extension that includes $71.25 million guaranteed, per source. At age 24, Ward is the highest-paid CB in NFL history.

Tory Dandy of CAA Sports, who negotiated the contract, confirmed the deal to ESPN

According to Adam Schefter of ESPN on Monday, the Browns are signing Ward to a five-year, $100.5 million contract extension that includes $71.25 million guaranteed. Ward will then be the highest-paid cornerback in NFL history, and at the age of 24, at that. He will turn 25 on April 28.

Ward, an Ohio state product, was originally selected by the Browns in the first round of the 2018 NFL Draft. He was the fourth overall selection that year. He had his fifth-year option for the 2022 season picked up by the Browns last April. Because of that, Ward was already scheduled to earn $13.294 million in 2022 prior to him signing his new extension.

In his first four seasons with the Browns, ward has played in 52 regular season games and started 51 of them. He has registered 186 total tackles to date to go along with 10 interceptions, 50 passes defensed, and two forced fumbles. He also has three fumble recoveries for his NFL career.

Entering Monday, Los Angeles Rams cornerback Jalen Ramsey was the highest-paid player in the NFL at his position at $20 million per year. Ward’s contract will come in slightly higher than that.