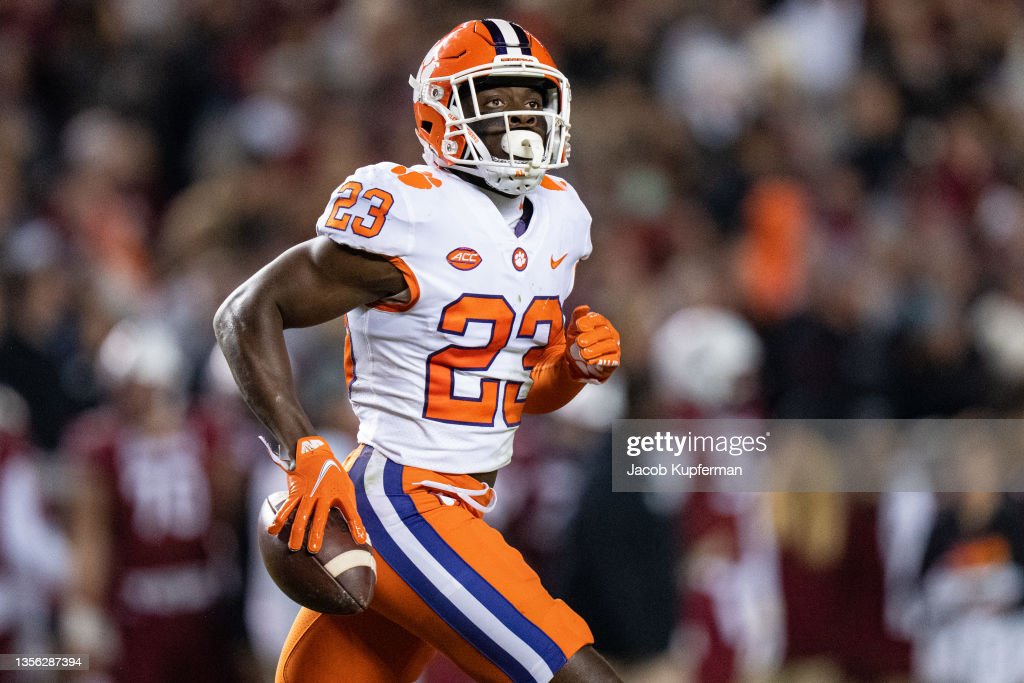 At this point in the pre-draft process leading up to next week’s 2022 NFL Draft, if you’re not mocking a quarterback to the Pittsburgh Steelers somewhere in the first round, you’re seemingly doing it wrong.

So of course it’s Pro Football Focus that zigs while everyone else zags, going in a much different direction in their latest first-round mock draft for the Steelers, focusing on the defensive side of the football, rather than grabbing one of the top quarterbacks available.

At No. 20 overall in the latest mock draft, Pro Football Focus has the Steelers grabbing Clemson cornerback Andrew Booth Jr., addressing some of the secondary concerns overall, which makes sense considering the Steelers sent Mike Tomlin and Kevin Colbert to Clemson’s Pro Day in March, checking that potential box for Booth.

This is Andrew Booth Jr's second interception against South Carolina. This is more or less a showcase of Booth's vision and concentration skills.

However, Booth also shows off his downfield speed that helps him stay in phase with the receiver.

“Although the Steelers’ known love affair with Malik Willis failed to come to fruition, they could still take Kenny Pickett or any of the other top QBs to be their future franchise passer,” PFF’s Conor McQuiston writes. “They could also look toward Trevor Penning, Tyler Smith or Bernhard Raimann to help alleviate their offensive line woes. Instead, we’ll be taking them in a slightly different direction in addressing their secondary. Booth is a long corner with significant press coverage experience and shows adequate ball skills with 9 pass breakups in his final season on only 50 targets. This should be an upgrade over projected starter Justin Layne, who only played a cumulative 25 snaps in coverage last season despite being active for all 17 games.”

Clearly Pro Football Focus didn’t quite research the Steelers’ off-season moves and overall depth chart, because Layne is not a projected starter with Levi Wallace and Ahkello Witherspoon in the fold after signing both in free agency. Add in Cameron Sutton as the slot cornerback and the Steelers appear relatively set overall at cornerback, at least one through three.

There is a concern with depth though as Layne is depth on the boundary but hasn’t quite figured things out in the NFL, while Arthur Maulet is the backup slot corner behind Sutton, assuming that’s the move the Steelers make in nickel and dime personnel.

James Pierre is still on the roster, as is Isaiah Johnson, but adding a guy like Booth to the room certainly wouldn’t hurt whatsoever, as he could quickly push for a starting role, making the depth and the secondary that much better overall.

Booth is an athletic, physical man coverage corner that would fit in well in Pittsburgh, especially with his ball skills, which the Steelers could certainly use more of at the position overall.

An athletic and physical man corner, he has the best ball skills of any player at the position in this years class.pic.twitter.com/WPJmOtbu81