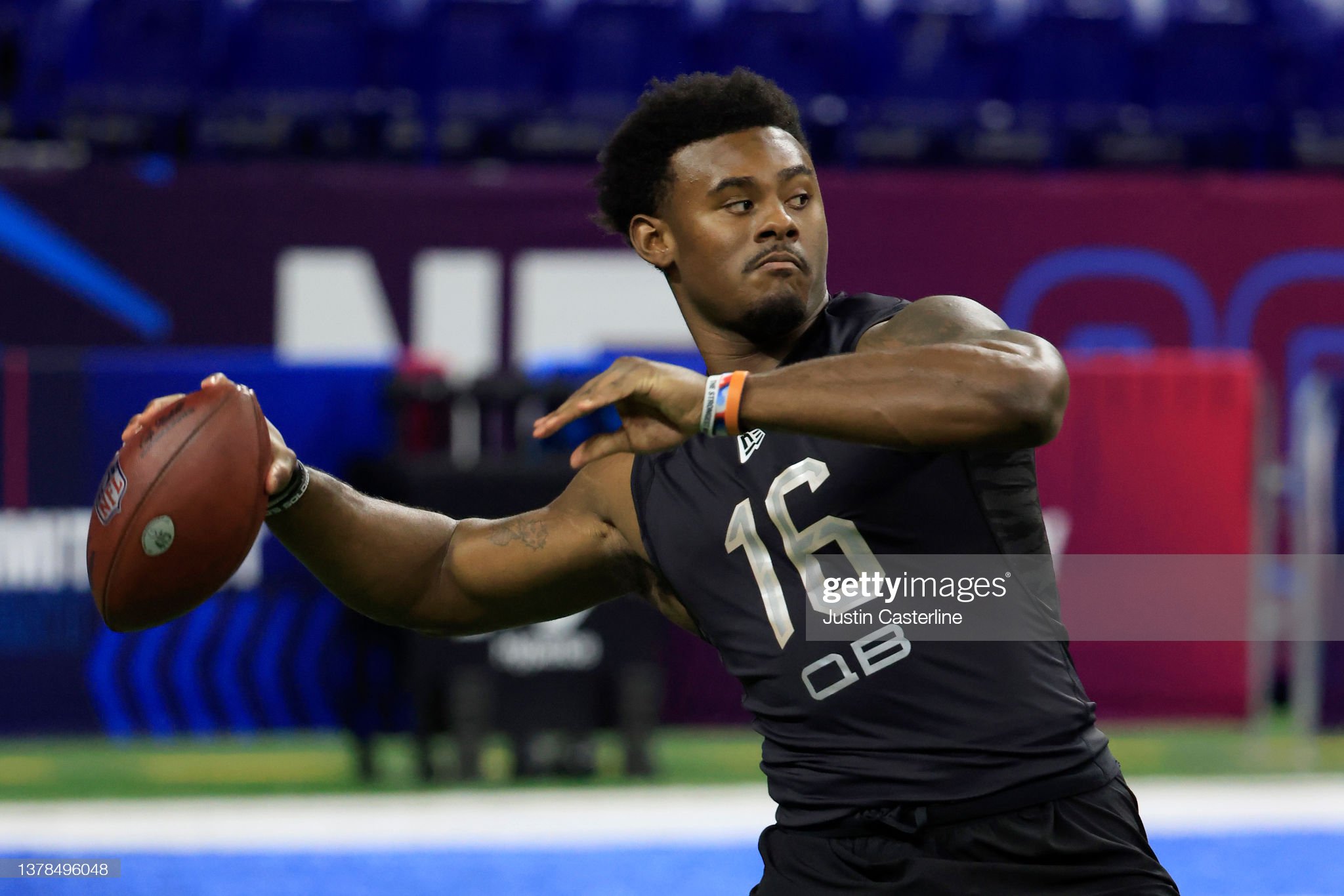 In January, the Steelers watched future Hall of Fame quarterback Ben Roethlisberger walk away from the game of football after a 42-21 defeat to the Chiefs in the Wild Card round. While spending his entire career in the Steel City, mobility was never one of Ben’s strong points. Toughness, no question, with an innate ability to deliver passes while 300-pound linemen wrapped him up at the ankles. But the last several seasons, his body was obviously beginning to fail him, appearing to be stuck in concrete while in the pocket while also playing with a surgically repaired elbow.  On the heels of the season-ending loss, team owner Art Rooney II went on the record, stating that mobility was a desired trait of their next starting quarterback.

In free agency, the team made waves, adding several high-profile acquisitions, but perhaps none more intriguing than the former #2 pick of the 2017 draft, Mitch Trubisky. Is he a stopgap for an upcoming draft pick, or is the coaching staff willing to make the upcoming season an audition for him to revive a once promising career? Count NFL Network and Good Morning Football Host Peter Schrager among the former, based on his final Round 1 mock draft this morning in which he has the team opting to make Liberty’s Malik Willis the first QB off the board.

“The first quarterback finally comes off the board, and it’s Willis over local guy Kenny Pickett,” Schrager said. “The Steelers sent many folks to Liberty’s pro day and, needless to say, liked what they saw.”

By now, the team’s affinity for Willis is, by far, seemingly the worst-kept secret of the draft, and for many viewers of this site, possibly a bit of overkill, as the Willis-to-Pittsburgh mocks have been everywhere. The fact is, he checks off virtually every box that we look for whenever examining the teams’ draft history, from a pre-draft visitation standpoint. Whether it be the Senior Bowl, the NFL Combine, Liberty’s Pro Day, or the infamous chicken wing dinner with coach Tomlin, the fire seems to very much be substantiating the smoke that exists between the team and Willis.

Mobile QB’s seem to very much be the future of the NFL, and that future appears to be now, especially in the AFC North, where Baltimore’s Lamar Jackson is the poster child for mobile QB’s in the modern game. His back-to-back 1,000-yard rushing seasons in 2019-2020 were a record by a QB, and we also can’t forget recently-acquired Cleveland QB Deshaun Watson, who from the 2017 to 2020 seasons, averaged 419 yards rushing. This is the name of the game for Willis, who posted 878 yards and 13 touchdowns this past season, and in 2020, ran for 944 yards, which led all FBS QBs. At nearly 6-foot-1 and 219 pounds, he possesses a thick, powerful frame capable of breaking tackles, while also having a cannon for a right arm. He’s also reported to have ran a 4.37 40 time while a sophomore at Auburn.

Now without a true franchise QB, Pittsburgh can ill afford to be late to that dance, especially when we consider how the QB arms race in the AFC has shifted. It’s important to note that at the 2017 NFL Combine, Trubisky ran a 4.67, which would definitely place him in the “mobile” category.  However, is Rooney and company willing to sacrifice the upcoming season, and a season of reigning DPOY T.J. Watt’s prime, on an audition that may or may not work in their favor? Probably not, and with GM Kevin Colbert set on retiring following the draft, he would love nothing more than to leave this team in good hands for many years to come. Stranger things have happened, but if Willis is indeed the pick tonight, it should shock absolutely nobody.