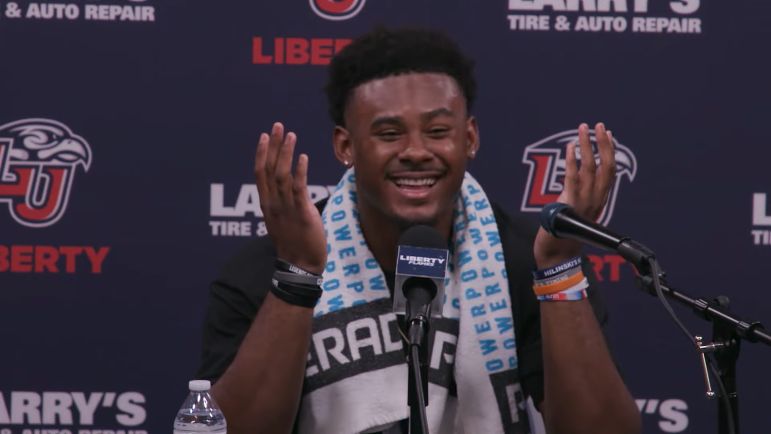 It’s no secret that the Pittsburgh Steelers are searching high and low for the next franchise quarterback following the retirement of Ben Roethlisberger after an 18-year Hall of Fame career.

Since Roethlisberger announced his retirement, the Steelers’ brass of GM Kevin Colbert, head coach Mike Tomlin, and a number of other front office and coaching staff personnel have traveled the country to take a look at the top QBs in the 2022 NFL Draft at all-star games, the Combine, Pro Days, and more.

Despite signing veteran Mitchell Trubisky in the early hours of the legal tampering period in mid-March, the Steelers are still in the quarterback market. ESPN’s Dan Orlovsky, a former NFL quarterback himself, believes that the Steelers are in the “worst possible” situation for a quarterback ahead of the 2022 NFL Draft.

Appearing on ESPN’s First Take Tuesday morning, Orlovsky expanded on his belief, stating that the Steelers are stuck at the bottom of the ladder in the QB race, not only in the AFC North, but in the AFC overall.

“I think the Steelers are in one of the worst positions in the NFL, and what I mean by that is this: they are an AFC team that is searching for a quarterback,” Orlovsky said, according to video via ESPN’s official YouTube page. “They signed Mitchell Trubisky, and I still believe in him, but they are in a conference that, as we know, are loaded with superstar quarterbacks. So, do they need to draft a quarterback in the first round? If and only if it is Malik Willis.

“Malik Willis is the only guy in this class that physically has talent inside of his body that you say, ‘I can’t coach that,'” Orlovsky added. “He makes throws that I just can’t coach. He’s got the ability to be powerful both as a thrower and a runner, he’s graceful and fluid enough in the pocket to make the right decisions, and he just does stuff when it comes to his game that you sit there and say, ‘Yeah, that’s what it looks like to be a Justin Herbert, Joe Burrow, Josh Allen, Lamar Jackson, Russell Wilson,’ when you have to play against guys like that.”

That’s been the argument all along for Willis in this draft class, especially for the Steelers. While he does need a year to sit and fully develop as a quarterback overall, the ceiling is right up there with the top QBs in the NFL today due to his rocket arm and ability to make plays with his legs.

Though the Steelers have a need for a franchise QB, and the clear target is Willis overall, landing the Liberty star would not guarantee the Steelers would find themselves right back in the contention picture in the next few years, at least in Orlovsky’s eyes.

“I think the Steelers are still very much more than a quarterback away from winning that division. A quarterback does not give them the division over Baltimore, or Cincinnati, or even Cleveland now that they’ve acquired Deshaun Watson — we’ll see how many games he’s apart of this year,” Orlovsky added. “Malik Willis is the physically, at least talent wise, where I sit there and go, ‘it at least upgrades them.’ They still have issues in their secondary, they still have issues at offensive tackle, they’ve got issues on their defensive line. So, if Malik Willis goes before pick 20, which Pittsburgh holds, I don’t think you take a quarterback just because, because I don’t believe any of those guys are better than Mitch Trubisky.”

At this point in the pre-draft process, it’s quite clear that Willis is the Steelers’ top target at QB. They’ll likely be aggressive in attempting to move up for the dynamic signal-caller. But like Orlovsky states, if the Steelers do go quarterback in the first round, it should really only be Willis, considering his ceiling.