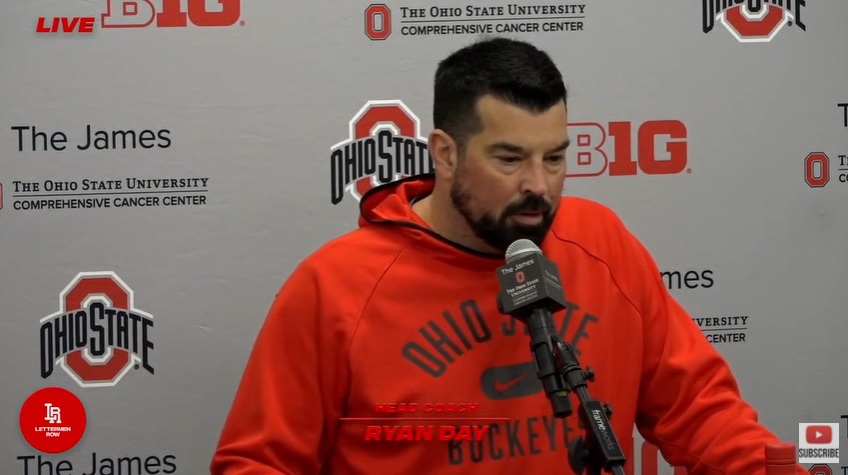 The sports world suffered very tragic news over the weekend when ESPN NFL reporter Adam Schefter broke the news regarding the shocking death of Steelers’ quarterback Dwayne Haskins, who was struck by a dump truck Saturday morning. The details on what exactly happened are still coming in, but it’s clear how much he meant to his teammates, both past and present, as well as his coaches as they all expressed their deepest and most heartfelt sympathies.

The former Ohio State Buckeye and 2019 first-rounder was a record-setter in his final season in Columbus during the 2018 season, where the Heisman finalist threw for 4,831 yards and 50 touchdowns, both Big Ten records. On Saturday for their annual spring game, the entire Buckeye community will honor the life of Haskins.

“We’re just trying to digest it all,” Buckeyes’ head coach Ryan Day said earlier today via the official Ohio State YouTube channel. “I have a list of things that I’ve written down, some probably you know, too big, some maybe not big enough. And you know, I do think we’ll decide this week certainly to do something on Saturday to recognize him in some sort of a tribute which I think is very, very appropriate, especially with Buckeye Nation all being together. “

Day went on to allude to what the aforementioned Buckeye Nation meant to Haskins after the Big Ten title game in 2018, in which Haskins led the team to a 45-24 victory over Northwestern.

“The first thing he did was put the praise back on his teammates, and God but then quickly to Buckeye Nation,” Day said. “Buckeye Nation meant a lot to Dwayne, and I think having everybody there on Saturday is significant and we’ll make sure we do things the right way moving forward.”

It’s clear what he meant to his Steelers’ teammates, as heartfelt tributes have came in from many of his Steeler teammates and coaches including Chase Claypool, Mike Tomlin, and Ben Roethlisberger. You could note the somber tone in Day’s voice, and the one sentiment he covered in great depth was what a joy Haskins was to be around, not just as a football player but as a genuine human being.

“He uplifted others, that smile he had was just infectious,” Day said. “He kind of had an old-soul about him, you know, somebody who was young and very, very talented on the field, just had a gift for throwing the football. But sometimes when you’re talking to him, you thought you were talking to a 45 or 50-year old man, just the way he approached life in general. He was a man of faith and he had really great integrity and values about him.”

After talking with some of the Ohio State players, both past and present, Day relayed the crystal-clear way in which his teammates revered Haskins and his rocket-launcher of a right arm.

“I think I asked some of the players and the first thing they say is his smile,” Day said. “You know, not that it’s a word, but they just, they do, you know, the look in his eye, it was just so genuine. And then you know, on the field, it was just his talent, his ability to throw the ball. I mean, it was just beautiful, the ball would come out so fast and so quick and the quick-twitch from the upper half was just unbelievable. It was just beautiful to watch.”