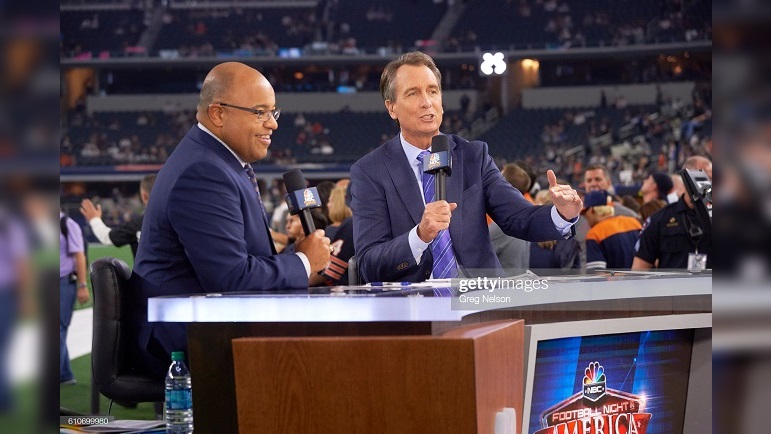 On Tuesday, NBC announced its new Sunday Night Football broadcast team for 2022, and it includes some well-known names.

The Sunday Night Football play-by-play announcer moving forward will be Mike Tirico. The new sideline reporter will be Melissa Stark, with Cris Collinsworth still serving as the color analyst.

Tirico had long been considered to be the in-house favorite to replace Al Michaels as the play-by-play announcer after he left NBC for Amazon earlier in the offseason. As for Stark, she succeeds Michele Tafoya, who has left sports broadcasting to join the political sector.

“Sunday Night Football is destination viewing and we are thrilled to have Mike, Cris and Melissa call the action and tell the stories that football fans have come to expect from primetime TV’s #1 show,” NBC Sports Chairman Pete Bevacqua said in a Tuesday statement.

Tirico and Collinsworth certainly won’t be strangers to one another, as they have already called 21 total games together over the years. Tirico has plenty of experience with numerous networks, as he has called several different sporting events over the years, and that includes numerous football games, both college and professional. He was even the play-by-play broadcaster for ESPN’s Monday Night Football before being hired by NBC.

Like Tirico, Stark also has previous experience with Monday Night Football, as she served as the sideline reporter on ABC from 2000 to 2003. Most recently, Stark had been doing work as a reporter for the NFL Network.

The new Sunday Night Football trio will have their first official broadcast together in August, and that will be the annual Hall of Fame game. That preseason game will take place on Aug. 4 in Canton, OH. The regular season debut for the trio will be the 2022 season opener on Thursday, Sept. 8.