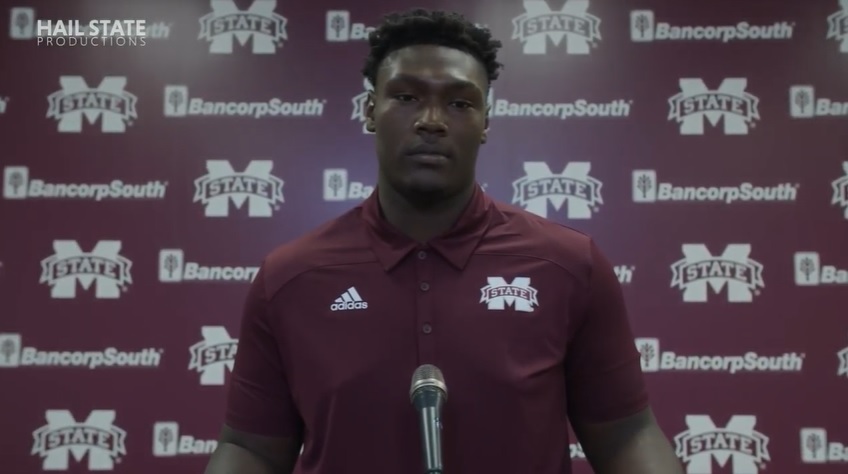 The 2022 NFL draft will be getting underway in Las Vegas, NV next Thursday and with that, we will be seeing a late round of major media mock drafts these next several days. On Thursday, former NFL running back Maurice Jones-Drew released his second mock draft of the 2022 offseason and this one includes him not having a quarterback going to the Pittsburgh.

After mocking Northern Iowa tackle Trevor Penning to the Steelers at 20th overall in the first round in his first mock draft of 2022, Jones-Drew now has the team selecting Mississippi State tackle Charles Cross in his most recent offering. Below is his reason for mocking Cross to the Steelers.

“The Steelers need help on the offensive line, and Cross fits the bill as a versatile, high-quality player who can slide in where he’s needed.”

While deemed a tackle, some draftniks are wondering if Cross might need to kick inside to guard at the NFL level with him measuring in under 6’5″. That said, his long arms might allow him to stay at tackle.

While several Steelers fans would likely be very comfortable with the Steelers taking Cross at 20th overall, should he stay on the board that long, it is important to note that general manager Kevin Colbert did not attend the Mississippi State pro day this year. According to pre-draft research done by our very own Alex Kozora, Steelers senior scout Rick Reiprish was the only member of the organization in attendance for the Mississippi State pro day this year.

The Steelers have attempted to keep the bulk of their annual pre-draft visitors a secret this year, so we do not know if Cross has been to Pittsburgh to talk to the team since his pro day. Cross did, however, have a formal meeting with the Steelers at the combine.

“I met the whole staff,” Cross said at the combine. “We talked a little football. I feel like it’s a great organization. They’re doing some great things. I definitely enjoyed it.”

Overall, it will be a bit of surprise if the Steelers wind up drafting Cross in the first round this year and especially with several draftniks expecting him to be selected somewhere in the first 15 or so selections.

The Steelers last selected a tackle in the first round of a draft way back in 1996 and at 29th overall. That tackle was Jamain Stephens out of North Carolina A&T. He started just 11 total games for the Steelers in his first two NFL seasons and was cut before the 1999 season.