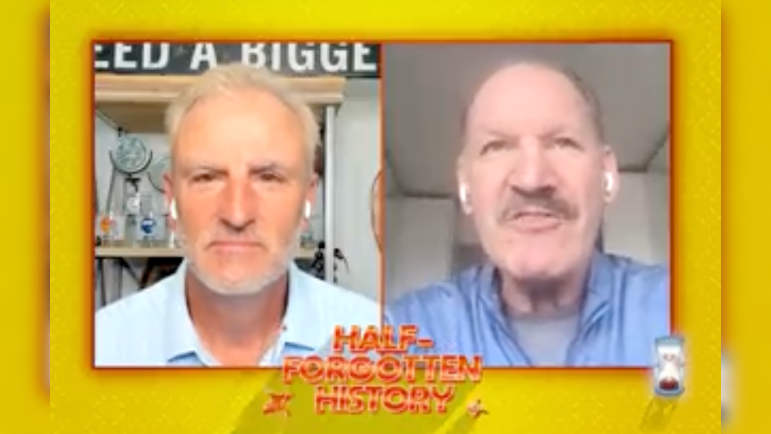 After seven years as an assistant coach with the Cleveland Browns and Kansas City Chiefs, Bill Cowher knew he truly made it in his career after landing the Pittsburgh Steelers’ head coaching job, largely because he would have bragging rights over his high school class.

Appearing on the Half-Forgotten History podcast with Trey Wingo Thursday, Cowher recalled landing the Steelers’ job and how he hoped he could keep the job for at least three seasons leading to his 20th anniversary of his graduating class so that he could brag and compare himself to others.

Of course, Cowher — a Western Pennsylvania native — leaned heavily into his roots and represented himself as a blue collar coaching candidate before ultimately landing the job with the Steelers under the Rooney family.

“I actually didn’t have anybody representing me,” Cowher told Wingo, according to the audio from the podcast. “I took it [contract offer from Steelers] back actually to who was working with the Chiefs at the time. I said, is this fair? He goes, ‘yeah, it’s fair.’ That night laying in bed, I go, ‘Wow. If I don’t screw this up in three years and go back to my high school class of my 20th high school classroom reunion as a head coach of my hometown team.’

“So my first goal in the first three years was not to get fired.”

Obviously, Cowher ended up making it through his first three years, returning to his 20th high school reunion as the head coach of the hometown Steelers, which was a terrific feather to have in his cap from a bragging standpoint in front of his high school classmates. Those first three years, Cowher did more than just get by too, going a combined 32-16, reaching the playoffs in all three seasons.

Cowher certainly enjoyed bragging to his old classmates, according to his conversation with Wingo, because he grew up in the Steel City and was able to exude what it meant to be a Pittsburgher while the head coach of the city’s professional football team.

“…It is in your DNA. It it’s a part of the makeup. You sat there through the seventies, you watched what Chuck Noll, the Pittsburgh Steelers did revitalizing that town being so proud to be from there,” Cowher said. “So when you said you’re from Pittsburgh, there’s automatically this degree of toughness that you felt like you had to exude, there was this competitiveness that you feel you had to exude. There was also a humbleness about, you know, what we expect to do this, and we’re not bro being bragging about it, but this is who we are because we’re from Pittsburgh.”