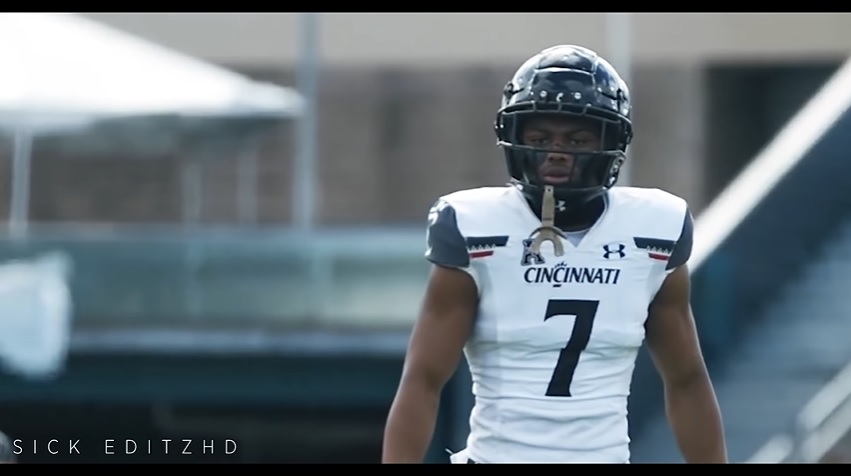 Kicking off the week with my third Pittsburgh Steelers’ mock draft season of the offseason. Updating my thoughts with all the Pro Days concluded and more information at our disposal, especially when it comes to pre-draft visits.

I’ll be doing one more mock draft, a final one, shortly before next week’s draft. If you’d like to check out the previous versions, you can click the links below.

As always, let me know your thoughts in the comments below. I’m sure you’ll have plenty. Remember this is a mock of what I think the team will do, not what I personally want to happen.

Analysis: Still wrestling over who their quarterback choice may be, assuming it’s the direction they go. Malik Willis feels like their top quarterback, but I don’t think he’ll last to #20. So in my mind, he’s off the board. Any of the other top four quarterbacks could conceivably be the pick. But I’ll go with Ridder who has the maturity and mobility the Steelers will appreciate.

I certainly have reservations about his game, his accuracy and overall refinement, but he was a winner at Cincinnati who turned the program around from a four-win club to one in last year’s College Football Playoffs. To me, that experience and success will make the Steelers’ projection easier.

Still, I’m not sure exactly how the team will rank these quarterbacks and my answer may change by next week’s final edition.

Analysis: A popular second round mock here. He checks the boxes former Nittany Lion Pat Freiermuth did last year, having DBs coach Grady Brown attend his Pro Day workout. Brisker had a bit of a down senior season in part due to a shoulder injury, but he’s athletic and sticky in man coverage. Though arguably best in the box, he played all over Penn State’s defense and will offer more schematic versatility than Terrell Edmunds. Strong safety remains an outstanding need here.

Brisker posted a 9.14 RAS score, a number in line with high draft pick safeties the team has acquired, which doesn’t even include his 38.5-inch vertical at his Pro Day. Factor that in and you get a new RAS score of 9.48, an even better figure that borders on elite.

Analysis: Heading back to the Bearcat pipeline. Ridder is the headline Cincinnati player, but that program is full of talent. At corner, Sauce Gardner is the first-round guy, but Bryant is an impressive player in his own right with 35 career pass deflections and nine interceptions. Pittsburgh retained Ahkello Witherspoon and signed Levi Wallace, but cornerback depth is important, especially with Cam Sutton entering the final year of his two-year deal.

Analysis: Waiting a bit longer on receiver than I’d like, but Melton is a strong value pick. I’ve been a fan of his game since watching him at the Senior Bowl. He’s a little lanky but explosive and separates well at the top of his routes who was productive on some bad Rutgers’ teams. He can play inside or outside, but slot help is the most immediate need for this team after losing JuJu Smith-Schuster and Ray-Ray McCloud to free agency. Melton was one of four receivers to check every box in our “what they look for” study.

Analysis: EDGE depth in the sixth round, just as the team did last year. Gunter possesses good size and was productive at a small-ish school, 38.5 TFL, 17 sacks, and an impressive nine forced fumbles in his career. Pittsburgh signed Genard Avery but it was a cheap, one-year deal that offers little security. Gunter missed in only his three-cone in our “what they look for” study. It’s common for the team to draft guys who miss just one box. Kendrick Green and Quincy Roche were examples last year.

Analysis: Each of my three mock drafts have had a different running back. Here, it’s Price, a sleeper in this class with great size, power, and good productivity. He’s raw as a receiver and blocker but Pittsburgh needs a more defined runner to backup Najee Harris. Davis-Price could be that guy and fits the team hold in terms of his size and Power 5 play.

Analysis: Taking the easy way out with a pre-draft visitor in Robinson, who came in earlier this month. An athletic, tough player who began his career as a running back, he racked up 91 tackles and three sacks in his lone year at linebacker for the Runnin’ Rebels. He put up 34 reps on the bar during his Pro Day workout. Potential stash player with Devin Bush almost certainly heading into the final year of his rookie contract with his fifth year option likely to be declined. Robert Spillane, Marcus Allen, and Ulysees Gilbert III will all be free agents next year, too.