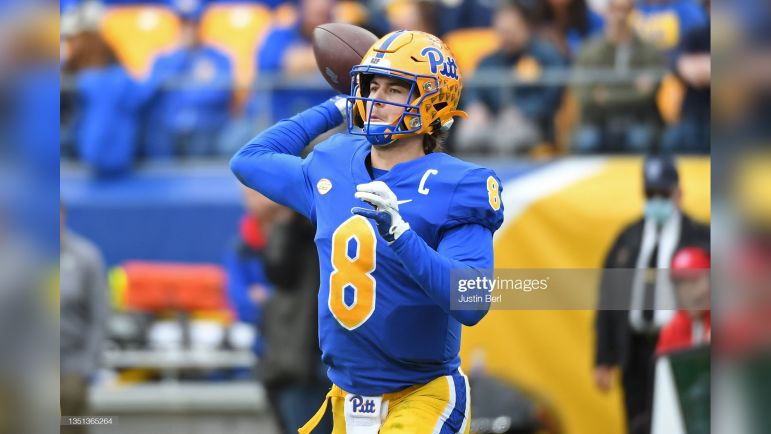 The Pittsburgh Steelers have had a front-row seat to Kenny Pickett for many years now. When the opportunity arose tonight, they pulled out the chair for him and laid down the red carpet, and whatever other metaphors you’d like to torture into this opening paragraph, to welcome him back to the UPMC Rooney Sports Complex and anoint him their next franchise quarterback.

And the way they went about it was no surprise. Pickett spoke to members of the media shortly after he was selected, and it turns out the process was standard operating procedure for the Steelers. He told reporters, according to Chris Adamski, that he got the phone call from the team as soon as the New Orleans Saints’ pick was in right ahead of them.

“As soon as the Saints pick went in, I got the call.”
—Kenny Pickett

Unlike seemingly every other team out there, the Steelers don’t beat around the bush. They know exactly who they want, in the order that they want them, beforehand, so there is no thinking and debating involved. When they’re on the clock, their pick goes in.

They’ve already made all the phone calls about possibly trading back that they would be willing to entertain. And the plain fact of the matter is that you don’t trade away from a guy whom you think is your franchise quarterback—whether you end up being right or wrong. If he’s your guy, you’re not moving.

And neither is Pickett—at least not to another city. He already made it clear that he’ll be changing residences, saying that if you’d seen his apartment, you wouldn’t have to ask that question. But he’s thrilled to be in the same building.

“I’m pretty familiar with the area code”, he said about seeing the 412 number on his phone as it rang as soon as the Saints’ pick went in, according to Brooke Pryor of ESPN, who had the quote via Twitter. “I had a pretty good idea of who it was. I was speechless”.

Kenny Pickett on getting the call from the Steelers:

“I’m pretty familiar with the area code. I had a pretty good idea of who it was. I was speechless.”

They drafted Pickett, and the decision left many Steelers fans speechless, as well. The good news is that his fate in Pittsburgh and that of the team with him at quarterback is yet to be written. Whether you’re pessimistic about the team’s Super Bowl chances going forward or not.