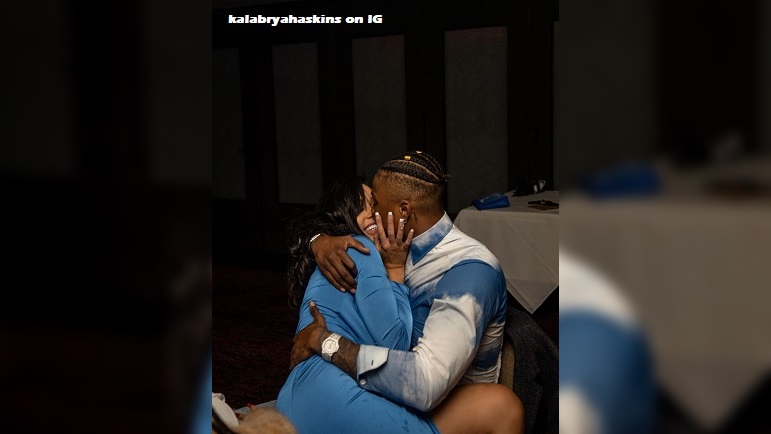 On Tuesday morning, Kalabrya Haskins, the wife of the late Dwayne Haskins, released details on the forthcoming memorial service for her husband via a statement passed along by the Pittsburgh Steelers.

As part of her Tuesday morning statement, Kalabrya Haskins first gave her thanks for the support she has received since Dwayne Haskins’ death on April 9.

“I want to thank everyone for their continuous outpour of kindness and love for my husband during this extremely difficult time,” Kalabrya Haskins said.

Her newest released statement then went on to provide further information on a scheduled “public celebration of life” for Dwayne Haskins, and also on visitation and funeral times and the location of it.

“For those that have asked for clarity, regarding official services, there will be a public celebration of life for my husband, Dwayne Haskins Jr., where his legacy will be honored and stories from teammates coaches, friends, family and loved ones.”

“Visitation will be Friday, April 22nd from 9-11 a.m. with a full service immediately following from 11 a.m.-1 p.m. at the Allegheny Center Alliance Church in Pittsburgh, P.A. Flowers are being accepted at the church.”

Following the news of Dwayne Haskins’ tragic death in South Florida a week ago Saturday, we have seen numerous visible signs support all over the internet in news reports as well as on social media. That support has come from current Steelers and Ohio State players, former teammates, players across the league, and even fans. In fact, Steelers fans put up a memorial shrine for Dwayne Haskins at Heinz Field, while Ohio State fans, the college that the late quarterback played for, honored him during their annual spring football game this past Saturday.

Kalabrya Haskins’ Tuesday statement came on the heels of her releasing a statement last week that also included her thanking everyone for the support she received after her husband’s tragic death.