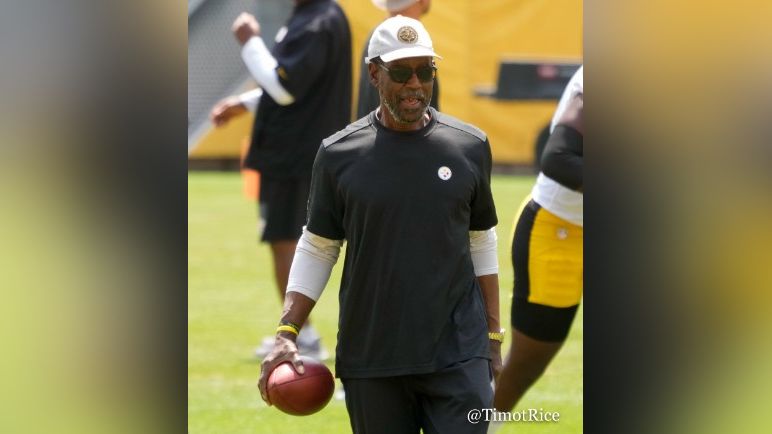 Alabama will hold its Golden Flake A-Day Game tomorrow, the name of their spring football game. Pittsburgh Steelers assistant head coach John Mitchell will be in attendance, along with Wilbur Jackson, to be honored with a plaque that will stand outside the stadium, with a painting commissioned to commemorate them. They were the first two black players in the Crimson Tide’s history.

Mitchell spoke about his time at Alabama earlier this year with Varley for the team’s website, talking about how he was recruited out of a junior college, Eastern Arizona, by Bear Bryant after being told by USC head coach John McKay that he was going to sign the rising star.

“A white person wouldn’t have any reason to come there unless they were looking for someone to do some work for them, cut the grass, things like that”, Mitchell told Varley at the time about the team sending white coaches to his parents’ home to try to recruit him. “They didn’t cross the railroad track either. We didn’t have a lot of white visitors for any reason I can think of. That just didn’t happen. That track separated the haves from the have nots. That is just the way it was”.

Even though Mitchell and Jackson were the first two black recruits in the school’s history, Mitchell did say that his race was never an issue during his time at Alabama. Indeed, his white, middle-class roommate, Bobby Stanford, remains a close friend to this day.

Not only did he become a standout player at Alabama, Mitchell also began his coaching career under the banner of the Crimson Tide, almost as soon as he graduated, in 1973. He was first hired by the Steelers in 1994, and has remained a fixture within the organization since then, though no longer as the defensive line coach.

He told Varley months ago about his being the first black player in Alabama history, “being first doesn’t mean anything unless you do something with it”. He added, “I am happy that people recognize I tried to do what was right and made the path a little easier for them. That is the thing I am happiest about. A lot of times you get to be first, if you don’t take advantage of it, not only are you disappointing yourself, but you are disappointing people who want to come after you. I have had a lot of guys say you made it easier to come after you”.

He also said that it is the thing he is most proud of; not being the first, but being the one who helped make it easier for others to follow, And Alabama has certainly produced some high-quality players of a minority ethnicity since then. The Steelers have two of them, former first-round draft picks, on their roster right now, both Pro Bowlers or better.