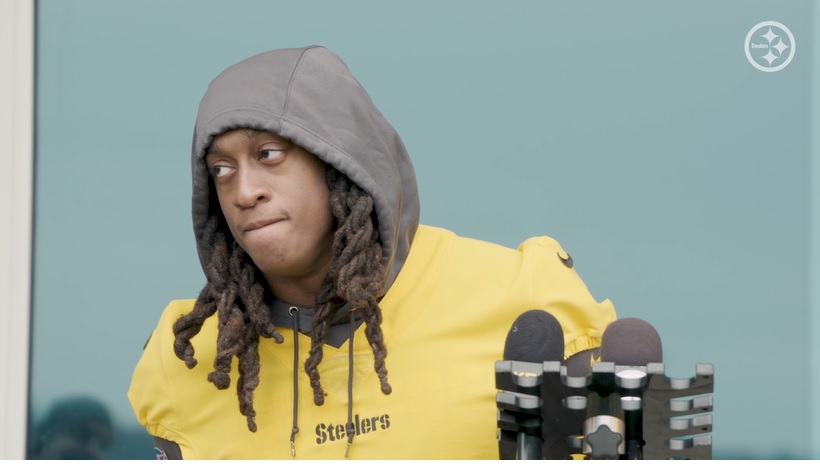 With the start of the 2022 NFL draft now roughly one week away, the Pittsburgh Steelers still have a big hole at the strong safety position. So, will they fill that hole with a veteran in the coming days or weeks? NFL insider Jeremy Fowler of ESPN believes they will, according to what he said on Wednesday during an interview on 93.7 The Fan.

“So, I feel pretty confident saying they’re going to add a safety,” Fowler said on Wednesday.

While most Steelers’ fans are holding out hope that veteran free agent safety Tyrann Mathieu will ultimately be the outsider added at that position in the coming days or weeks, Fowler made it clear on Wednesday that he believes there is still a possibility that the team will re-sign unrestricted free agent safety Terrell Edmunds.

“I think they’ve been waiting on Terrell Edmunds,” Fowler said on Wednesday. “I think people forget about that one. Everybody wants to talk about the Honey Badger [Mathieu], but Edmunds has very much been in the mix. I believe he has an offer that he’s been sitting on from the Steelers and other teams, and for whatever reason, he’s just taking his time and being patient. Maybe he’ll wait until after the draft. But I think if he were to call them and say, ‘Hey, I’m ready to come back’, then they would do that.”

Edmunds obviously remains unsigned at that time of this post and quite honestly, there have not been any reports linking him to any other teams besides the Steelers. Of the available veteran free agent safeties under the age of 29 still on the market right now, Edmunds is at the top of that very short list.

The narrative for the last several weeks has been that Edmunds has had an offer on the table from the Steelers. That said, the Steelers did reportedly attempt to sign veteran safety Kareem Jackson prior to him deciding to re-sign with the Denver Broncos a few weeks ago. It’s also been somewhat understood that the Steelers have had some sort of interest in Mathieu this offseason as well. At the very least, Steelers head coach Mike Tomlin did call Mathieu at some point earlier in the offseason.

The closer we get to the draft, the more likely it becomes that both Edmunds and Mathieu won’t sign until the first part of May at the earliest. The week after the draft, signed unrestricted free agents will no longer count in the compensatory draft formula, so that’s another thing that might factor into the future of both safeties.

The Steelers are now scheduled to hold their annual pre-draft press conference on Monday, and when that event takes place, it will be interesting to see if general manager Kevin Colbert is asked about the possibility of a veteran safety being signed soon. Stay tuned.