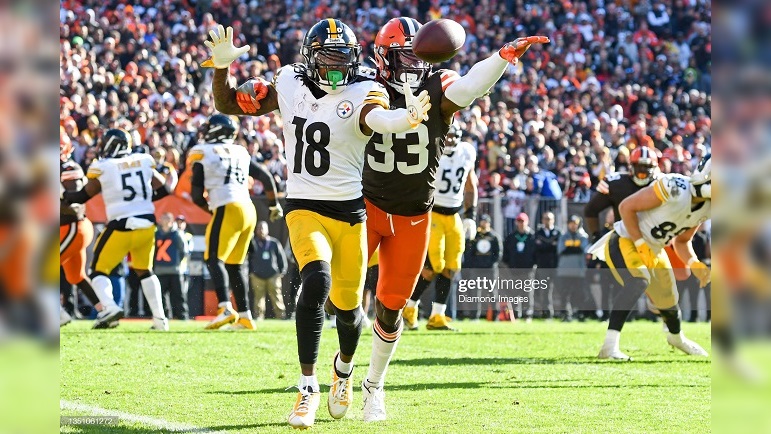 Will the Pittsburgh Steelers sign an experienced strong safety on the cheap between now and the start of 2022 NFL Draft? It’s hard to say for sure at this point, especially with the pool of free agent safeties under the age of 30 getting smaller by the day.

At this point, there are not a lot of free agent safeties remaining that would likely interest the Steelers, or ones that would be considered upgrades over what they already have on their roster. Obviously, Tyrann Mathieu leads the short list of 29 years of age or younger players the Steelers could use. While the Steelers have seemingly shown interest in Mathieu in recent weeks, it certainly doesn’t seem like they are close to striking a deal with him. Such a deal would likely need to be for two years and under $10 million per season.

Other than Mathieu the rest of the short list includes the likes of Ronnie Harrison and Terrell Edmunds, who is obviously one of the Steelers own currently unsigned unrestricted free agents. Of those two players, Edmunds is obviously the devil that the Steelers know best, and thus likely the best option. Edmunds reportedly has a deal from the Steelers on the table right now, and if true, it’s easy to imagine it being for two years and totaling out at $8 million or less.

Yes, former All-Pro Landon Collins is also still available, but he’s coming off a foot injury late last season that landed him on IR. Also, like Mathieu, Collins’ current price tag might be a little too rich for what the Steelers want to spend on a player that could ultimately be just a one-year placeholder.

At this point of the offseason, it seems as though it’s a virtual guarantee that the Steelers will draft a strong safety type this year, likely in the first four rounds at that. Assuming they do, they would most likely like to have a cheap veteran with experience ahead of that drafted player heading into training camp. While most likely don’t want to hear it, Edmunds still seems like the best candidate to be that veteran player, assuming the team can’t ultimately sign Mathieu.

The draft is still more than three weeks away, so there is still plenty of time for the Steelers to plug their strong safety hole. That said, the list of players they might want to pull from to fill that hole sure seems mighty short as late April draws nearer.