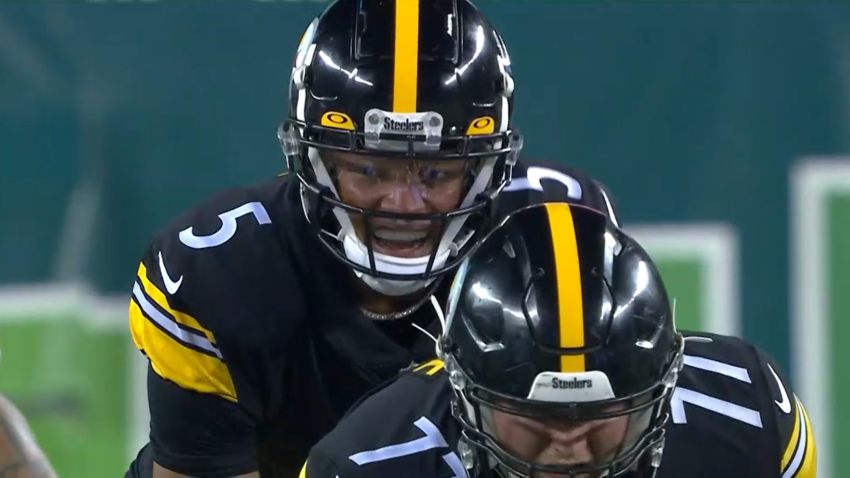 Quarterback Josh Dobbs is staying in the AFC North. But not with the Pittsburgh Steelers. He’s inked a one-year deal with the Cleveland Browns, according to his agent Mike McCartney, who tweeted the news moments ago.

Dobbs himself nodded at the news in this tweet.

Prolly should change my profile pic … 👀

Dobbs had taken multiple free agency visits this offseason with the New England Patriots and Baltimore Ravens but didn’t sign with either time. Instead, he’ll join the Browns’ QB room, one that looks quite different compared to a year ago. Deshaun Watson came over along with the largest fully guaranteed contract in football history, $230 million, while the team traded backup Case Keenum to the Buffalo Bills. It also signed veteran Jacoby Brissett to serve as Watson’s backup.

Dobbs will presumably battle for the #3 spot this summer. He could even become the backup assuming Watson is suspended for part of the season. Baker Mayfield remains on the roster but it’s difficult seeing the team carry him into the regular season. Cleveland is open to trading him but Mayfield’s large contract and injury-plagued 2021 season has made him difficult to move.

Pittsburgh drafted Dobbs in the fourth round of the 2017 NFL Draft. He appeared in just six games, throwing 17 passes for 45 yards and one interception. The Steelers traded him to Jacksonville in 2019 before bringing him back in 2020.

The Steelers’ QB depth chart currently consists of Mitch Trubisky, Mason Rudolph, and Dwayne Haskins, with a fourth likely to be added during draft weekend.