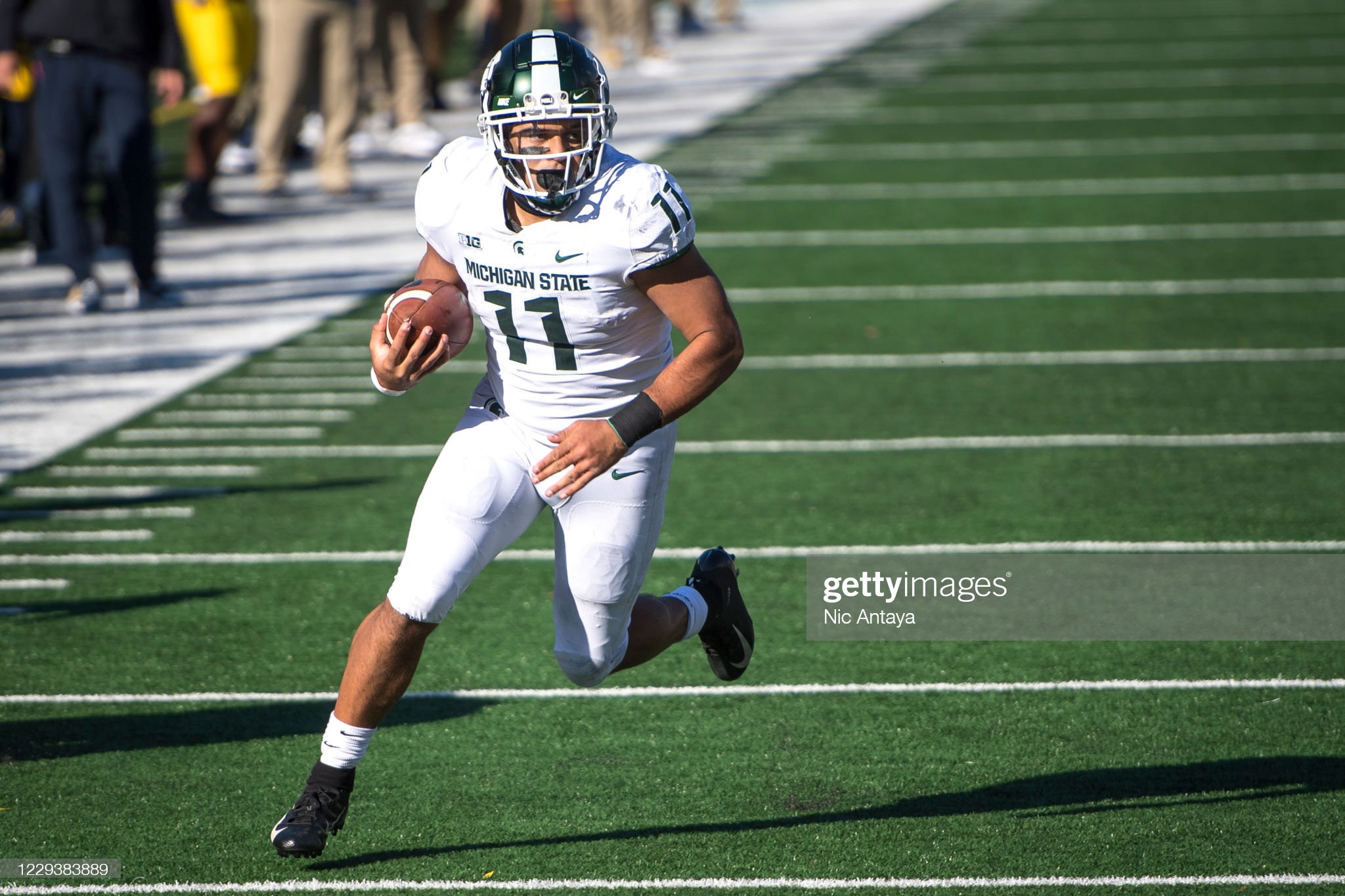 The Steelers have a shown a penchant for adding family to their roster in recent years. Terrell and Trey Edmunds. T.J. and Derek Watt. Carlos and Khalil Davis. Now you can add the Heyward brothers to the roster. Cam’s younger brother Connor is a versatile player with over 200 carries as a runner and 96 career receptions, with eleven total touchdowns.

Lance Zierlein of NFL.com gave him a 5.60 grade (Candidate For Bottom Of Roster Or Practice Squad) and described him as:

“Former running back turned H-back with surprisingly sticky hands and a determined demeanor to find additional yardage after the catch. Heyward fails the pregame eyeball test as a shorter player with a paunchy upper body and a lack of length. However, he catches everything and his tape is filled with good football plays. He has move-blocking potential but is not schooled-up enough in that area for a team to trust him at this point. Heyward’s draft stock might be limited due to his lack of physical traits, but he’s a natural football player who might find a roster spot thanks to his versatility.”

CBS Sports had him as the 332nd-rated player on their big board, calling him a role player and comparing him to Dimitri Flowers, who spent time with the New York Jets and Jacksonville Jaguars. His strengths include:

“Heyward is the younger brother of Steelers All-Pro defensive lineman Cam Heyward, though he’s some five inches shorter and 60 pounds lighter. The fifth-year senior is listed as a tight end but he’s better described as an H-back who can also line up in the slot. He had a career-best 35 receptions in ’21, and he did most of his damage as a receiver within 15 yards of the line of scrimmage. He’s athletic in space, and has the ability to make defenders miss with ball in his hands. He’s a much better receiver than blocker but he’s undersized for tight end or fullback, and he’ll need to be schemed open.” They list his weaknesses as, “He needs to improve as a run blocker, because he can struggle at times to sustain blocks. At only 233 pounds, he’s undersized for either tight end and fullback, and his 4.72 40 time at the combine shows up on film; he doesn’t consistently create separation at the top of the route.”

The Draft Network also had him compared to Flowers, calling his ideal role “special teams ace and move-piece in backfield alignments” and opined:

“Projecting him forward, I think Heyward is going to need to find a home where he can continue to “win ugly,” playing on special teams and executing a lot of dirty work in an offensive system that looks to add on to the blocking surface in both the run and pass game with untraditional alignments. I love the story and Heyward is a highly-competitive player on the field, making him a proper investment late in the draft for his ability to fulfill a handful of roles and play special teams.”

Our report put together by Alex Kozora gave him a late Day 3 (6th/7th round grade) and concluded:

“He’s not going to be a TE at the next level and he won’t be a full-time runner either. At the Senior Bowl, he largely worked as a fullback and that’s the best home for him. He can – and should – be moved around the formation and offenses need to take advantage of his versatility to wear lots of hats. But he’s a bit-piece of an offense, not the focal point. And is he good enough to warrant teams trying to find ways to get him on the field outside of obvious, goal-line/short-yardage situations? Heyward absolutely offers something in the pass game but when you have high-draft pick receivers and tight ends, how much are you scheming for your 230-pound fullback to get the ball?

I do like his fit for the Steelers bootleg/rollout offense. And Heyward should make an immediate impact on special teams right away. I think there’s a home for Heyward but he’ll have to scratch and claw to stick on the roster. My NFL comp for him is former Atlanta Falcons’ fullback/running back Jason Snelling, a 7th round pick with a similar build who carved out a seven-year NFL career as a runner, receiver, blocker, and special teamer.”

This is easily the least surprising pick of the draft.

Overall, everyone had him as a late day three option and that is where he was selected. They may have been able to wait until the seventh round, but Cam would not allow that. Joking aside, this is a SOLID pick based on draft value, but the fit with this team is good. His is a blue collar player joining a blue collar team. It could end up being a battle of younger brothers for a spot on the roster.