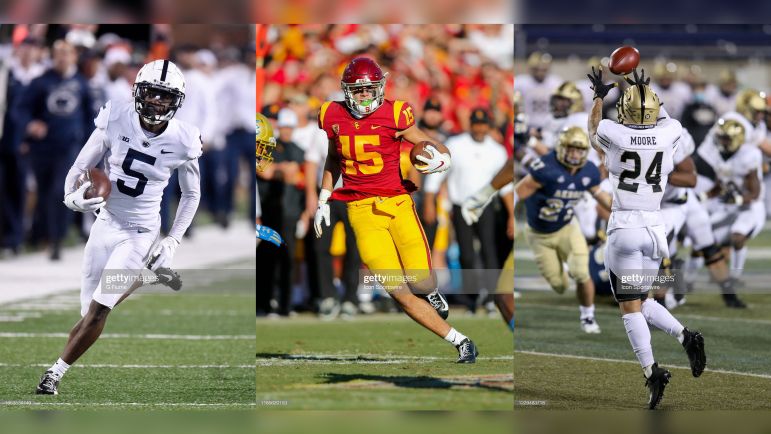 Draft preparation is a huge part of the NFL pre-draft cycle, as every outlet—including our own, of course—exhaustively churns out content seeking to break the process down from every possible angle, from what each individual team needs to what the actual draft class looks like and where the connections therein lie—and whether or not teams will have to make a trade to make that connection.

ESPN and Football Outsiders teamed up to provide yet another draft preview, creating a guide for all 32 teams, which identifies every team’s biggest need, an area that is not a need, and one ‘quiet’ need. For the Pittsburgh Steelers, you can probably work much of it out on your own.

While the article believes the Steelers are pretty much set with their pass rush (leading in sacks every year is a pretty good resume), and the defensive line is a ‘quiet’ need with the uncertainty of Stephon Tuitt and Tyson Alualu, it is the wide receiver position above all about which they are concerned, writing:

The Steelers have a reputation for drafting quality wideouts, but that has taken a hit of late, perhaps due to the collapse in effectiveness of the now-retired Ben Roethlisberger. JuJu Smith-Schuster has departed in free agency, leaving a hole in the slot. Diontae Johnson had a good rebound season after a miserable 2020, but Chase Claypool regressed badly from a promising rookie year.

Right now, the starting slot receiver is slated to be Anthony Miller, cast off from multiple teams in the past year. Pittsburgh will probably draft a pair of receivers in a deep draft, and with the lack of both talent and depth on the roster, they will be needed.

Personally, I think that’s all rather exaggerated. Outside of Johnson’s drops, his 2020 campaign was far from “miserable”, catching 88 passes for 923 yards and seven touchdowns. He upped his production in every column this past season and substantially cut down on the drops. As for Chase Claypool, obviously the scoring production fell off a cliff, but otherwise, his production was roughly the same as his rookie year.

Of course the team is lacking depth here, even with the additions of Miles Boykin and Gunner Olszewski and possible contributions from Anthony Miller and Steven Sims. Three players identified in the piece as potential fits for the Steelers are Jahan Dotson, Drake London, and Skyy Moore.

As you would expect, we have already looked at all three players, with Wesley Cantliffe taking a closer look at Dotson and Jonathan Heitritter handling London and Moore. You can read our draft profiles of them by clicking through the embedded links.

There is an extremely good chance that none of them would be available by the Steelers’ pick in the second round, however, which is a bit of a problem. But there is enough talent in this class where they should feel comfortable sitting back and letting somebody fall to them.