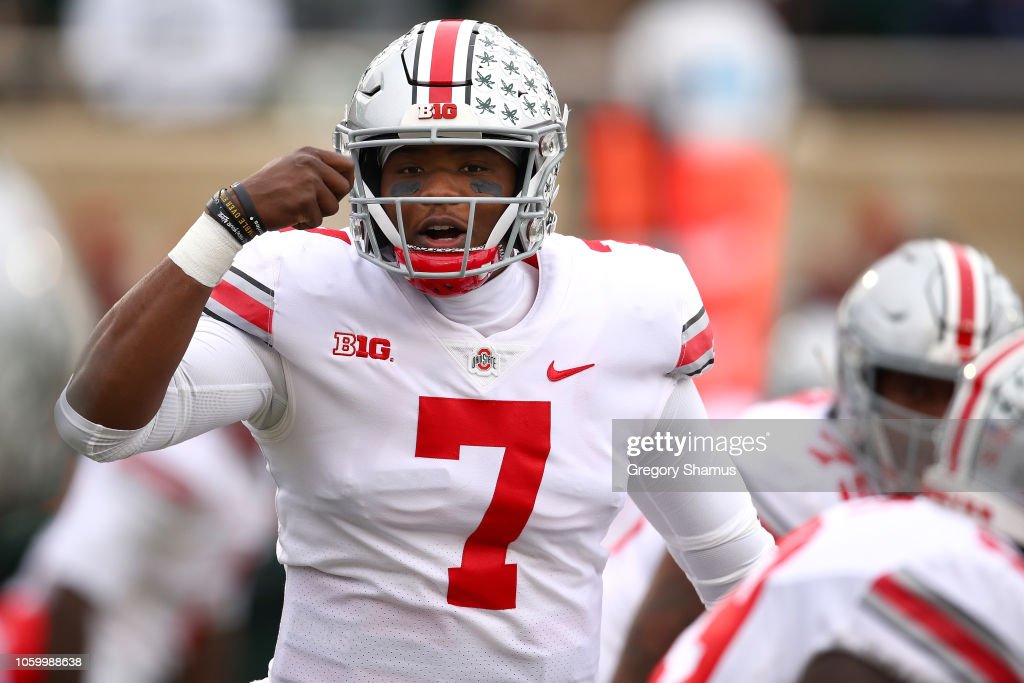 By all accounts, Dwayne Haskins was a person that made everyone’s day a little brighter. Through his time at Ohio State and his two stops in the NFL in Washington and Pittsburgh, Haskins was described as someone that just wanted to make others smile. There aren’t many people who can attest to that moreso than former Ohio State quarterbacks coach and current Buckeyes head coach Ryan Day. At a press conference on Monday, Day spoke about how much he meant to everyone within the Ohio State community, including his own family.

“I think when you think about Dwayne, you just think about the compassion that he had, certainly for all of his teammates and his friends,” said Day as he held back tears in his opening remarks. “But he always took time after practice to be around family members, kids. He was like a big brother to R.J. [Day’s only son]. I remember he took R.J. to a high school basketball or football game. They spent a lot of time together. He meant a lot to my family, meant a lot to this program, and he’s gonna be sorely missed.”

It wasn’t just the work he put in on the field for Ohio State, which included setting numerous passing records, winning the 2019 Rose Bowl MVP and finishing third in Heisman voting. While his play spoke for itself, it was clear Haskin’s charismatic and joyful attitude made just as much of an impact on his teammates and coaches during his time in college.

His former teammates have given numerous accounts of just how remarkable Haskins was as a family man, friend, and teammate. Washington Commanders receiver Terry McLaurin had the opportunity to be with Haskins both at the collegiate level and professional level. In a note written and posted to Twitter, McLaurin said, “He was more than just a phenomenal football player, who could spin it like I have never seen to this day. He was a guy who wanted to see the guys around him win and have success.”

Former Buckeye and current Indianapolis Colts receiver Parris Campbell, like many others, has shown love and support to Haskins’ family and has been reminiscing about the moments they shared together. He changed his profile picture to a photo of he and Haskins embracing.

Since his untimely death on Saturday morning, it’s clear that anything Haskins did on the football field paled in comparison to the relationships he built off of it.