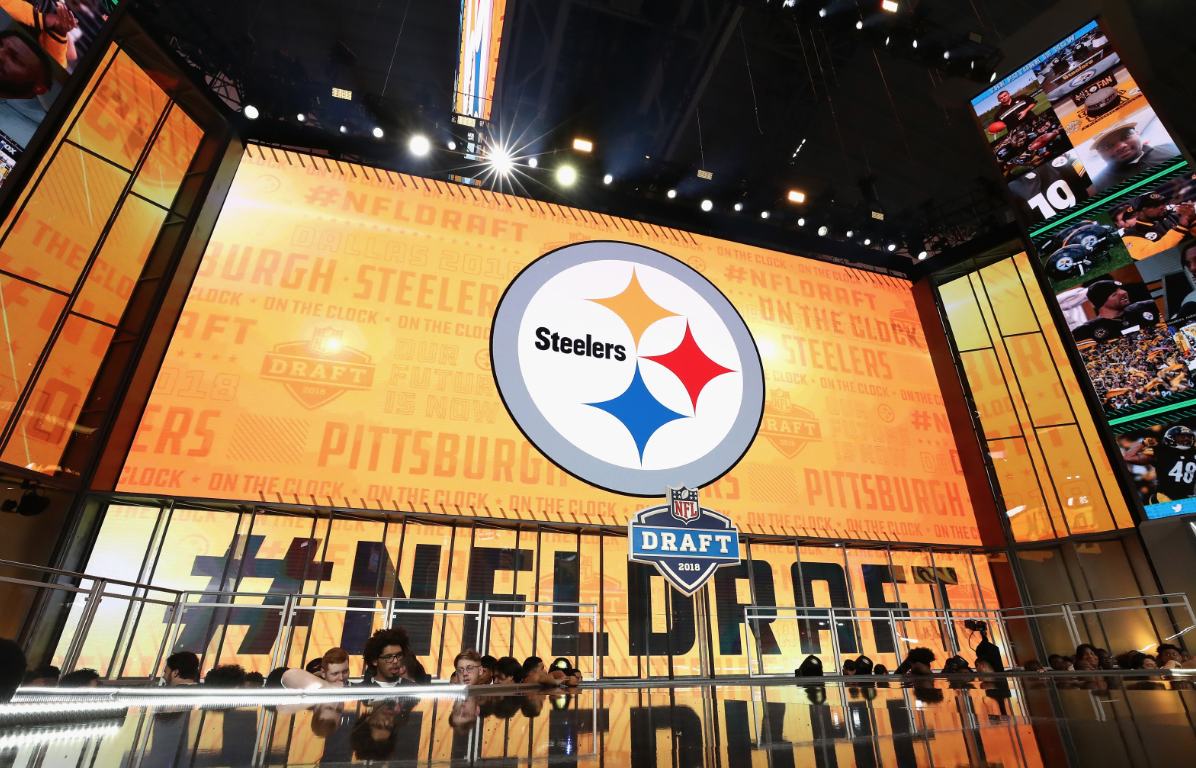 “Can do” versus “will do” are two completely different trains of thought.

“Can do” opens up ALL the possibilities, allowing anything to be on the table that feasibly can make some sort of sense in one’s right mind.

“Will do” is completely different. This statement factors in all the background information on a certain subject, historical trends, needs, expressions of interests, and so many more variables to narrow down one’s choices into a more selective pool of realistic options.

I think you all know what I’m getting at here with this.

Since the NFL season ended, (and frankly, since the beginning of the 2021 season for me at other professed “draft nerds”) there has been wide speculation as to what the Pittsburgh Steelers would do in the 2022 NFL Draft to improve their roster. It started out as a cry from the public to overhaul the offensive line with people demanding the likes of Iowa C Tyler Linderbaum and Texas A&M G Kenyon Green to be their first round draft pick.

Pittsburgh ended up addressing the offensive line heavy during free agency, potentially filling three starting spots on their roster with the re-signing of T Chukwuma Okorafor and the additions of versatile IOL James Daniels and Mason Cole. While none of these names are elite options in their own right, Pittsburgh did show us their hand that they preferred to attack OL via FA with proven, established veterans rather than opting to go for the rookie that would be thrown into the fire like last year with C Kendrick Green and T Dan Moore Jr.

Next came the outcry to beef up the defense, specifically the front seven which was historically poor against the run in 2021. Names like Devin Lloyd, Nakobe Dean, Jordan Davis, and Devonte Wyatt were thrown into the ring as clear targets for Pittsburgh at #20 overall. Still, the signing of LB Myles Jack who came available surprisingly during free agency negated the need to spend premier draft capital on the off-ball LB position and the return of DL Tyson Alualu to the starting lineup already has encouraged Pittsburgh not to sign any outside FA DL during the open free agent period. The big shoe yet to fall is the situation surrounding DE Stephon Tuitt, but given the fact that GM Kevin Colbert said that the team was “encouraged with their last session with Stephon”, it makes one believe that Tuitt is in Pittsburgh’s plans for 2022 at least in some fashion as we stand here today.

So, where does that leave us 24 hours from the first round of the 2022 NFL Draft kicking off in Las Vegas? Pittsburgh has done what they always have liked to do in the past: shoring up glaring holes via free agency to feel like they aren’t pressed for need when it comes to the draft. Sure, a future starting strong safety, wide receiver, and a backup outside linebacker remain legitimate options that the team could look to address, but anyone following along here on the site the last several months or has been paying attention to the national media at large know the one position that Pittsburgh has spent the most time with this pre-draft cycle: quarterback.

Yes, I said it. Quarterback. The Pittsburgh Steelers are considering drafting a quarterback in what has been deemed a “poor QB draft class” by various “draft experts” and even representatives of several NFL teams. Still, in a league where quarterback is the most important position on the field and if you don’t have one you chances at competing for a title are dismal, at best, it becomes every teams’ waking obsession to search for that QB who they think they can develop into that franchise guy to give a chance to compete with the rest of the league.

Yes, Pittsburgh did bring in former #2 overall selection Mitch Trubisky this offseason on a two-year deal, presumably to battle Mason Rudolph for the starting job in 2022. Still, given the amount he signed for and the length of years on his current deal, it should be surprising that Pittsburgh has still aggressively vetted every single one of the top QBs in this draft class. If they though Trubisky was their future franchise cornerstone at the position, they likely would have inked him to a longer deal with more lucrative figures than the two-year, $14.285 million base value that he signed for.

Again, do I personally want Pittsburgh to select a quarterback in the first round, and even potentially trade up for one? Honestly, it doesn’t matter jack squat what I think because I’m not the one in the chair and Colbert isn’t taking my perspective into account when making a decision for the franchise he has been employed to run. Here at Steelers Depot, we have been entrusted to read the tea leaves of what we THINK Pittsburgh will do in the draft, not give our personal opinions of what we WANT them to do. Of course, that would make for a heck of a lot of fun and some crazy hot takes to draw in tons of clicks, but that isn’t going to do you readers, as well as us contributors a whole lot of good when trying to study and evaluate the players that the Steelers have shown genuine interest in that could be playing in Black and Gold this fall.

So, now it’s your turn Yinz! It’s time for you to jump into the Steelers Depot group think tank and give your best assumption of what you THINK Pittsburgh will do this draft weekend. It could be just their first round selection, or you could mock out the entire draft. However, this must be from the train of thought of what you think Pittsburgh will do based on all of the moves, visits, and interviews that they have had to date. This requires you to remove personal bias (I know it kinda sucks haha) and think in the frame of mind of what I THINK Pittsburgh will do, not what you personally WANT them to do.

Please leave your thoughts, scenarios, and possible questions in the comments section below. Again, no one is going to be completely right or wrong on this matter. Rather, I want you all to take some time to look at this from the organization’s perspective and how we try to analyze things here at the site rather than simply throwing out suggestions based on personal bias. For example, I would personally love to see Pittsburgh draft WR Jameson Williams if he were there or make a move up to get S Kyle Hamilton if he started to fall, but knowing the teams’ draft tendencies, either situation is probably unlikely. Best of luck piecing together the “Blue’s Clues” and I look forward to writing to you all on the Steelers’ draft choices over the next several days!