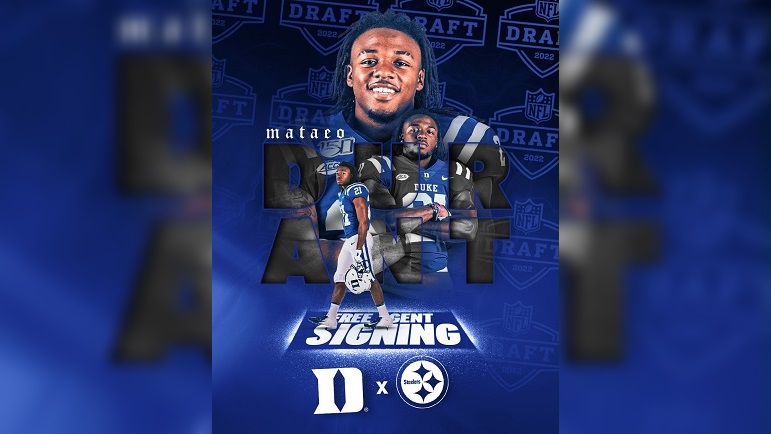 The Pittsburgh Steelers came to terms with 10 rookie undrafted free agents on Saturday night and one of those players was Duke running back Mataeo Durant. Thanks to Aaron Wilson from the Pro Football Network, we known that Durant received a signing bonus of $15,000.

Pittsburgh Steelers have done their largest undrafted free agent running back contract in franchise history with a $15,000 signing bonus for @real_durant Deal was negotiated by @AgentGrady_ Steelers longtime policy is to not do base salary guarantees for UDFAs, just signing bonus

In four seasons at Duke, Durant rushed for 2,562 yards and 18 touchdowns on 489 total rushing attempts. He also caught 55 passes for another 480 yards and another four touchdowns.

The Steelers did not draft a running back this year so Durant should get a shot at making the 53-man roster if he can prove himself on offense and on special teams during training camp and the preseason.