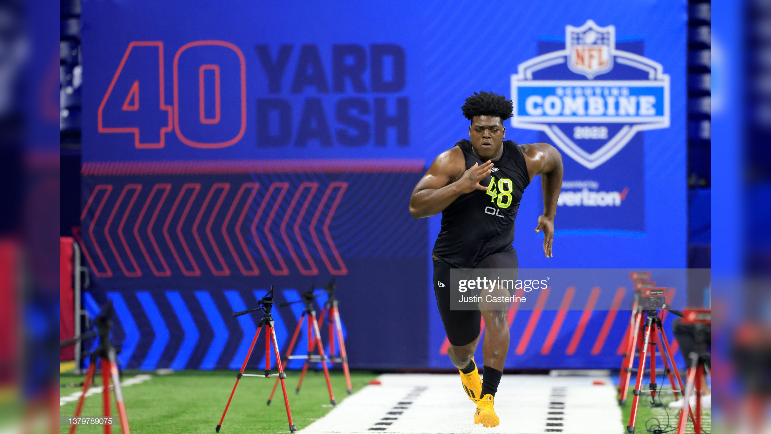 When it comes to mock drafts regarding the Pittsburgh Steelers, the common positions targeted are quarterbacks and offensive tackle at this point in the pre-draft cycle.

So it should come as no surprise that CBS Sports’ Josh Edwards targeted those exact positions in his two-round mock draft Thursday for the Steelers, giving Pittsburgh two potential offensive cornerstones to build around for the foreseeable future.

At No. 20 overall, Edwards paired the Steelers with quarterback Desmond Ridder out of Cincinnati, giving the Steelers a potential franchise quarterback, one that they’ve been heavily connected to throughout the pre-draft process. In Edwards’ mock draft, Ridder is the third quarterback off the board behind Pittsburgh’s Kenny Pickett at No. 6 overall to Carolina, and Liberty’s Malik Willis at No. 18 overall to New Orleans.

“Pittsburgh’s tour of quarterback prospects ended with Cincinnati’s Ridder. Ridder’s accuracy issues have been tied to inconsistent footwork and some believe that he can improve with more regulated coaching,” Edwards writes. “Those issues are often a non-starter but the progression of Josh Allen has teams believing that lightning could strike twice.”

Comparing Ridder to Josh Allen is a massive reach, as Ridder is much more polished and pro-ready than Allen was coming out of Wyoming. While Ridder does have some accuracy issues that stem from mechanics at times, pairing him with Steelers’ QB Coach Mike Sullivan moving forward could do wonders for the Cincinnati star, giving the Steelers a QB with a high ceiling to work with moving forward.

If you haven't checked out Tulsa OT Tyler Smith's tape yet, you're missing out

He's the group of 5 version of Icky Ekwonu pic.twitter.com/osLSWAmbGn

Here’s what Jonathan Heitritter had to say about Smith in our draft profile on the Tulsa standout:

“Tyler Smith is a young, physically gifted player that has the makings to be a mean, nasty blocker in the league. He is best suited for a power/gap blocking scheme where he can impose his will on defenders and become a presence on the offensive line especially in the run game. However, Smith is extremely raw as a prospect and needs plenty of work on his overall technique and consistency as a pass protector to avoid becoming a turnstile at the next level and get his QB smacked around as a potential blindside protector. While he has the tools to play tackle, he will need some key refinement before being deployed confidently to keep his QB upright and avoid the penalty bug.”

Tulsa LT Tyler Smith has really strong grip strength when he gets his hands on defenders. His hand placement can be erratic, but when he lands them in the right place it's hard to disengage pic.twitter.com/39hPWf3Nn0