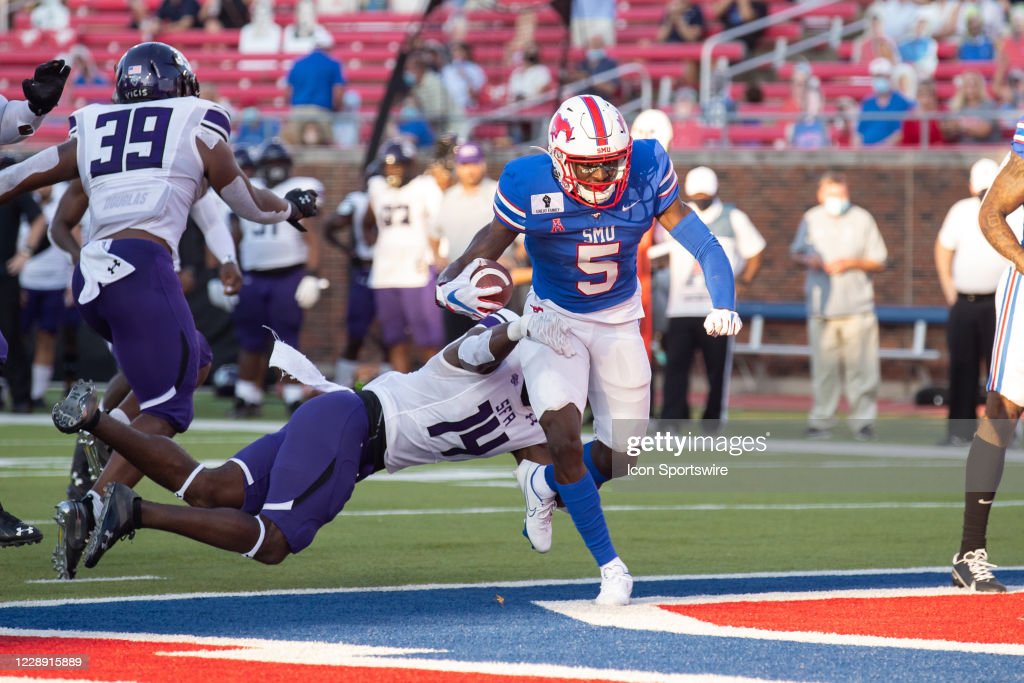 Just like that, we’re less than a week away from the 2022 NFL Draft.

In a few days, all the speculation, discussions and (sometimes) arguments about who the Pittsburgh Steelers will — or should — take in the first round and beyond will be a moot point.

Ahead of the 2022 NFL Draft, the Steelers very clearly addressed some holes on the roster in free agency, giving themselves some flexibility heading into the first round in Las Vegas. Knowing that, I tried to build my final mock draft around the current roster in Pittsburgh and attempted to address some holes that remain on the roster.

Thank you all for following along throughout the pre-draft process here on the site. It’s been another great ride!

As always, let me know what you think of my final mock draft in the comments section below!

Analysis: Sticking with the same pick here that I had in my second mock draft. I have a very strong belief that the Steelers would love to trade up for Liberty’s Malik Willis, but won’t part with the necessary picks to move into the top 10 ahead of the Atlanta Falcons and Seattle Seahawks to grab the dual-threat. Instead, they sit tight at No. 20 overall and land a guy that they have heavy interest in with Ridder. I have him as my personal QB1 in this class.

He plays with rhythm overall, and has had consistent, repeatable mechanics that generate easy power. His intelligence is off the charts and he processes rather quickly on film. Concerns about his game in regards to accuracy and ball placement are certainly fair at this point in the process. I compared him to an Alex Smith-like starter, and got a ton of pushback on that, but it’s a very solid comparison for Ridder.

Analysis: An off-ball linebacker this early may seem very strange overall, but the closer and closer we get to the draft, the more and more I feel as though the Steelers are going to address the position rather early, considering they’re unlikely to pick up Devin Bush’s fifth-year option, and Myles Jack’s two-year contract is realistically just a one-year flier.

The Steelers have obvious interest in Walker, whom they brought to Pittsburgh for a pre-draft visit, spent time with at the Georgia Pro Day and met with at the NFL Scouting Combine. He’s a planet theory-type guy at the position, one that can stay on the field all three downs, defend the run well, stick in coverage and blitz up the gut to cause disruption. He profiles more as a BUCK in the Steelers’ scheme, but can handle some of the MACK duties as well. He’s a very intriguing off-ball linebacker in this class, one that could give the Steelers serious options defensively.

Analysis: I wanted to address safety here, but the board just didn’t fall the way I had hoped, so instead I went with Houston playmaker Marcus Jones, whom the Steelers brought into town for a pre-draft visit and met with at the NFL Scouting Combine. Just attempting to connect the dots here is all.

Though Jones is relatively undersized, he’s a scrappy player overall with tremendous ball skills and is unafraid to physically mix it up all over the field. He’s sticky in coverage and has a knack for creating turnovers in the secondary, which the Steelers could certainly use in a slot cornerback role where Jones easily projects. Add in his special teams abilities and there’s a real chance the Steelers take a swing on the Houston defensive back.

Analysis: A little later than when I wanted to address wide receiver overall, but the interest in SMU’s Danny Gray is real, especially with Steelers’ wide receiver coach Frisman Jackson putting the SMU receiver through position drills at his Pro Day. Needing a burner at the position, Gray makes the most sense, having clocked a 4.33 40-yard dash at the NFL Scouting Combine, as well as winning a state championship in Texas in the 100-meter and 4x100m relay in high school.

Gray needs to get a bit stronger overall and clean up some of the focus drops, but he has the ability to play inside or outside, and can really take the top off of defenses at the next level, giving the Steelers exactly what they need alongside Diontae Johnson and Chase Claypool.

Analysis: Sticking with the same pick in all three versions here as the need for a backup to Najee Harris in Pittsburgh remains a sneaky big need overall. I had the opportunity to see Chandler in person at the East-West Shrine Bowl in Las Vegas earlier this year, and he was easily one of the top backs there.

Analysis: Like I said earlier, I wanted to address safety a bit earlier in this draft, but the board didn’t quite fall the way I wanted. Knowing that, I connected some dots here for the Steelers by grabbing Virginia safety Joey Blount here in the seventh round, landing another guy the Steelers had into town for a pre-draft visit.

Blount projects as a box safety, one that flies downhill and is a sound tackler overall. He can cover in the slot too, brings some traits as a blitzer off the edge and can fill the C gap against the run. His injury history will hold him back some as he missed time over parts of three seasons, but the tape is pretty darn solid, and he’d have the chance to develop into a solid starter in the box down the line.

Analysis: Despite all the work the Steelers did in the offseason attempting to fix the offensive line after a disastrous 2021 season, there still needs to be some depth added along the offensive line. Stueber checks the box as a Michigan man, and profiles as a road-grading right tackle at the next level, which fits in well with what the Steelers are attempting to build from an identity standpoint moving forward in the post-Ben Roethlisberger era.

Stueber is a mountain of a man who has sound movement skills overall, and could even kick inside to guard at the next level if need be.  He will struggle in pass protection early on, but he can play right away as an extra offensive lineman in a run-heavy system.