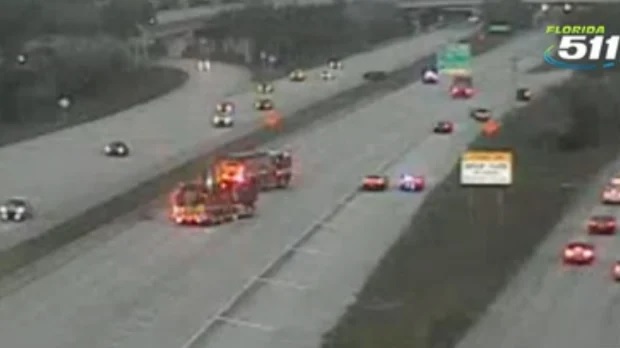 While the full police investigation remains ongoing, 911 calls indicate what happened to Dwayne Haskins on April 9th when he was tragically struck and killed by a dump truck as he attempted to cross a busy Florida highway.

Audio obtained by TMZ includes phone calls made by witnesses watching Haskins cross the I-595 highway along with calls from Haskins’ wife, Kalabyra. According to the call, Kalabyra Haskins says Dwayne initially called her to say he ran out of gas and was going to find a local station to fill his car back up. He was apparently left stranded on the highway when he ran out of fuel.

Here is a link to the TMZ article that lays out the details of the calls. Fair warning, the information, especially the audio of one of the phone calls, is upsetting.

“He said he was going to call me back after he finished putting the gas in,” she reportedly told 911 in one of her calls. She was reportedly calling from Pittsburgh.

She reportedly kept trying to reach Haskins after not hearing back from him.

“I kept calling and kept calling,” Kalabyra told the 911 operator. “He wasn’t answering. Eventually, after 10 minutes of calling the phone, eventually it cut off. It’s not working now. I had his location. I just want somebody to go in the area and see if his car is there and if he’s OK and if anything happened to him.”

The TMZ article linked above includes a roughly 75 second phone call from a witness who saw Haskins get hit by the dump truck. Clearly distraught, the caller doesn’t communicate much information on the phone for most of the audio until the end when she says a man was hit on the highway by a dump truck. That man turned out to be Haskins.

Haskins, who was just 24, was pronounced dead on the scene. Services will be held for him in Pittsburgh on April 22nd at the Allegheny Center Alliance Church. Visitation will take place from 9-11 AM, with the service occurring from 11 AM-1 PM.

Additional services will be held the 23rd in New Jersey and the 24th in Maryland.

The Florida Highway Patrol has released a witness report on the crash that killed Haskins. It notes the truck that hit him attempted to swerve and miss him. Two other vehicles may have also been involved in the incident.