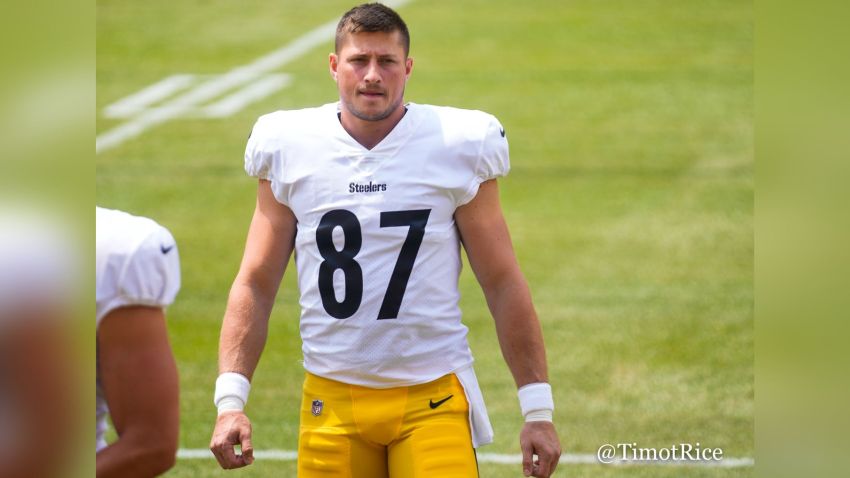 Reasoning: With the Steelers choosing not to re-sign Eric Ebron, and the appearance that they don’t intend to address the position in the draft, Kevin Rader is the presumptive favorite to take over the number three tight end role in 2022.

Kevin Rader has been with the Steelers since 2019, and has spent parts of the time since then on the 53-man roster. He dressed for six games last season after Eric Ebron suffered a season-ending injury, catching two passes for eight yards amongst his 36 offensive snaps.

With the Steelers showing no indications that they will bring back Ebron, Pat Freiermuth and Zach Gentry are the only tight ends from last year’s opening day roster currently scheduled to be back for next season.

Still, even assuming that Pittsburgh doesn’t address the position in the draft, or subsequently in free agency, Rader’s roster spot won’t go uncontested. They do have Jace Sternberger on the roster, who has 18 games of playing experience in his history as a former third-round pick. He spent much of last season on the practice squad and was retained on a Reserve/Future contract.

Rader, though, is the guy they know. This is his fourth year spending time as a part of the organization, and there’s a reason that they kept re-signing him, even if he hasn’t outright made the 53-man roster yet. They think he can play. The 2022 season may finally be the year he makes that jump from practice squad to active roster.