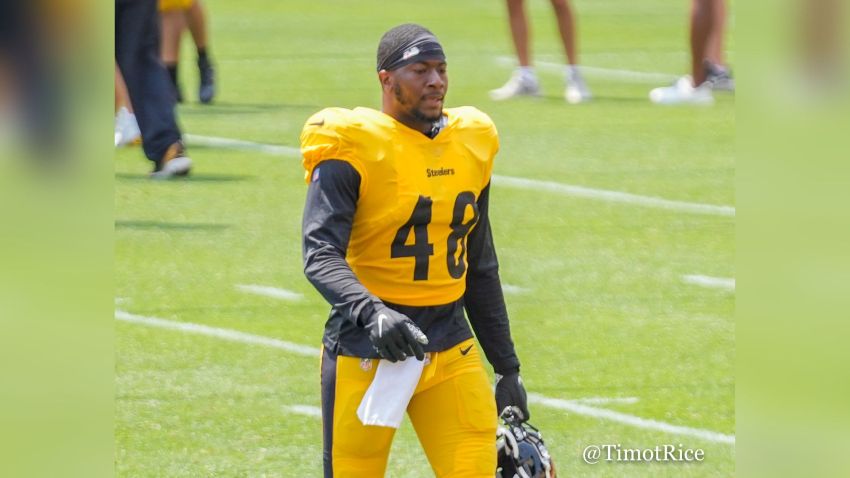 Of the Steelers’ nine draft selections in 2021, eight made the 53-man roster and remain on the team. The lone exception was their sixth-round pick, outside linebacker Quincy Roche, which is probably a decision that they should regret, even if on a very minor scale.

After all, Roche, who was immediately claimed off waivers by the New York Giants and had a moderately productive season as a rotational player for them, lost out to Jamir Jones for a roster spot, whom they cut just weeks into the season, and who did not go on to have as successful a season.

The man who replaced Jones, Derrek Tuszka, also did not have an overly remarkable season as a depth player for the Steelers behind T.J. Watt and Alex Highsmith, but at least he’s still there. Still, he will be competing for a roster spot along with Genard Avery and John Simon, who are both more veteran experienced players.

As for Roche, both he and Jones had productive preseasons, but Jones had the admittedly more impactful performance. The vast majority of people predicted that Jones would make the team and that Roche likely would not, or at least that they both would. Very few actually thought Roche would take a roster spot away from Jones.

As for the season that he did have, Roche logged 14 games with the Giants, making three starts, and commanding 401 snaps of defensive playing time, along with another 109 on special teams. He finished the season with 38 tackles, including five for loss, with two and a half sacks, five hits, and a forced fumble.

That’s not bad for a late-round rookie who was claimed off waivers to play in a different system than the one he had been practicing in. Not that he was shaping up to be this great diamond in the rough, of course, but there were certainly times last season where the team’s edge depth was tested and he could have been useful.